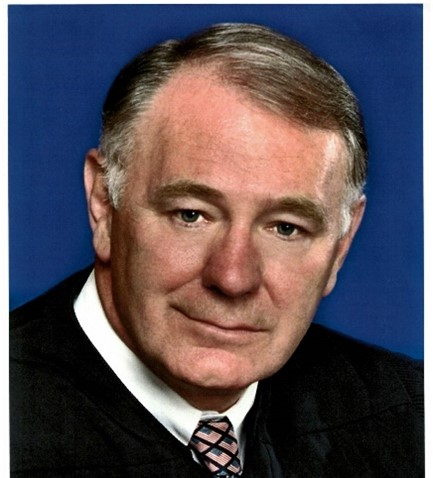 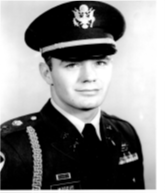 Obituary of Hon. Norman A. Mordue

Please share a memory of Hon. Norman to include in a keepsake book for family and friends.
View Tribute Book

Judge Mordue was born and raised in Elmira, New York. He played high school football and was awarded a full football scholarship to Syracuse University to play under Coach Ben Schwartzwalder. He was a member of the 1964 Sugar Bowl team. He graduated from Syracuse University in January 1966 with a bachelor's degree in Economics.

Following his completion of ROTC, as a Distinguished Military Graduate and Distinguished Military Student, he was commissioned into the Regular Army as a Second Lieutenant in the Infantry. After the Infantry Officers Basic Course and further training in Fort Lewis Washington, he was deployed to Vietnam. In Vietnam he served with C Company, 1st Battalion, 12th Cavalry, First Air Cavalry Division. First Lieutenant Mordue distinguished himself on 31 May 1967 while serving as platoon leader of an Airmobile platoon on a search and clear operation in the village of An Qui. When another platoon was pinned down by heavy machine gun and grenade fire from a numerically superior and well entrenched insurgent force, Lieutenant Mordue immediately led his platoon on a fierce attack to relieve the pressure on the engaged unit. Seeing two of his men wounded and pinned down, he grabbed a machine gun and braved withering enemy fire to rescue them. He then moved to the front of his platoon and personally destroyed two enemy bunkers and killed five hostile soldiers in the ensuing offensive. Severely wounded and unable to walk, Lieutenant Mordue refused medical aid and directed the withdrawal of his men as deadly artillery strikes were called in on the Viet Cong positions.

Lieutenant Mordue was awarded the Distinguished Service Cross for extraordinary heroism, our Nation's second highest military honor. He was also the recipient of the Bronze Star with V device for valor for "courageous leadership and tenacious devotion to duty." Additionally, on 2 May 1967, Lieutenant Mordue received the Purple Heart, the Air Medal, and the Combat Infantryman's Badge. He was medically retired as a Captain in December of 1968 because of wounds sustained in combat.

After his military service, Judge Mordue enrolled in law school at Syracuse University. While in law school, Judge Mordue worked for two years as Law Clerk in the Onondaga County District Attorney's Office. He graduated law school in 1971 as a member of the Justinian Honorary Law Society and the recipient of the Phi Alpha Delta award for academic excellence. He continued for ten more years as a prosecutor and worked his way up from Law Clerk to Chief Assistant District Attorney in charge of Felony and Homicide prosecutions, with a 100% conviction rate.

After leaving the District Attorney's Office, he was elected in a contested race for Onondaga County Court Judge and served from 1983-1985. He was cross-endorsed in 1985 by all four parties and served for 13 years as a New York State Supreme Court Justice until his appointment to the United States District Court. Judge Mordue joined the Federal Bench on December 4, 1998, following his Presidential nomination and Senate confirmation in October 1998. The Senate voted on Judge Mordue's nomination in just 16 days, the shortest time to confirm any judge during the Clinton administration. Judge Mordue served as Chief Judge for the Northern District of New York from March 13, 2006 to December 15, 2011, taking senior status on July 1, 2013. Judge Mordue formerly taught trial practice for several years at Syracuse University College of Law as an adjunct professor.

Judge Mordue was a moving force in creating the Korea-Vietnam Memorial in downtown Syracuse, the first monument in the country dedicated to both the Korean and Vietnam Conflicts.

Judge Mordue was part of many organizations in the community. He was a member of the Vietnam Veterans of America Chapter 103, American Legion Post 1468, the Tigris Shriners, Morning Star Lodge #524, the Central City Bodies AASR, as well as a 33-degree honorary member of Supreme Council, NMJ. The Longhouse Council of the Boy Scouts of America honored Judge Mordue in 2013 as the "Distinguished Citizen of the Year."

He was predeceased by his parents Harry & Clara Mordue. Judge Mordue is survived by his wife, Christina, his sons, Daniel and Michael, daughter Jacqueline DiBello (Terry); his granddaughters, Jennifer Pruitt (Matthew), Katherine Sorensen; and three great-grandsons, James, Nathan and Ezekiel. He is also survived by his brother Donald (Berma), and sisters, Geraldine Felix, Patricia Bruner (Thomas), Judith Mordue, and several nieces and nephews.

Per Judge Mordue's request, there will be no calling hours. A private service and burial, with military honors, will be held.

A Memorial Tree was planted for Hon. Norman
We are deeply sorry for your loss ~ the staff at McInerny Funeral Home
Join in honoring their life - plant a memorial tree
Online Memory & Photo Sharing Event
Online Event
About this Event

Share Your Memory of
Hon. Norman
Upload Your Memory View All Memories
Be the first to upload a memory!
Share A Memory
Plant a Tree