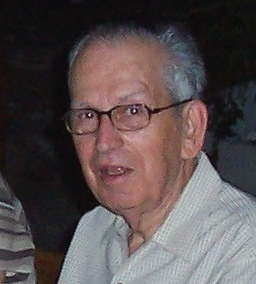 Please share a memory of Peter to include in a keepsake book for family and friends.
View Tribute Book
Age 92, passed away peacefully at home, with his loving family by his side, on Friday, January 28, 2022. Pete was born in Elmira, the son of George Greven and Marego Giuzele Greven, both from Leonidion, Greece. Pete is survived by his loving wife of 65 years, Iro Kontoroupis Greven; daughter Mary Greven, with husband Bill Kimmel, of Albany; son George Greven of Rochester; sister Helen Gerakitis of Leonidion, Greece; numerous nieces, nephews and cousins. He was predeceased by his sister Eugenia Damatopoulos. At the age of three, Pete and some of his family members moved back to Leonidion. Pete and his family could not get back to the United States until after World War II. In 1945, at the age of 15, Pete was able to return to the States on the USS Gripsholm, the first non-military ship to leave Greece after the war. He lived with his father on Market Street and graduated from Elmira Free Academy. A Marine Corps veteran, he served in the Korean War. During his school years, and after Korea, Pete worked with his father in the family business, the Ideal Sandwich Shop on East Water Street. In 1962, Pete moved the business and transitioned into the Central Sandwich Shop on East Water St., just east of the railroad overpass. In the aftermath of the 1972 Agnes flood, he moved to Midtown Plaza in 1977 as Pete's Central Hots, where he remained until selling the business and retiring in 1992. With more free time, Pete and Iro enjoyed traveling. On September 11, 2001 they were returning from a trip to Greece when the terrorist attacks occurred. Their plane was diverted to Canada where they had to stay for a week before they were able to return home. Pete was a longtime, faithful member of St. Athanasios Greek Orthodox Church where he served in various office on the church board. He was a proud member of the American Hellenic Progressive Association (AHEPA). Pete enjoyed music, especially traditional Greek music. Family and friends are invited to attend a funeral service at St. Athanasios Greek Orthodox Church, 210 Franklin St., Elmira, on Tuesday, February 1, 2022 at 11:00 a.m. Masks and social distancing will be required at the church. Committal prayer and burial, with military honors, will follow at Woodlawn Cemetery. Flowers are respectfully declined. Those wishing may honor Pete with a donation in his memory to St. Athanasios Greek Orthodox Church.

Share Your Memory of
Peter
Upload Your Memory View All Memories
Be the first to upload a memory!
Share A Memory