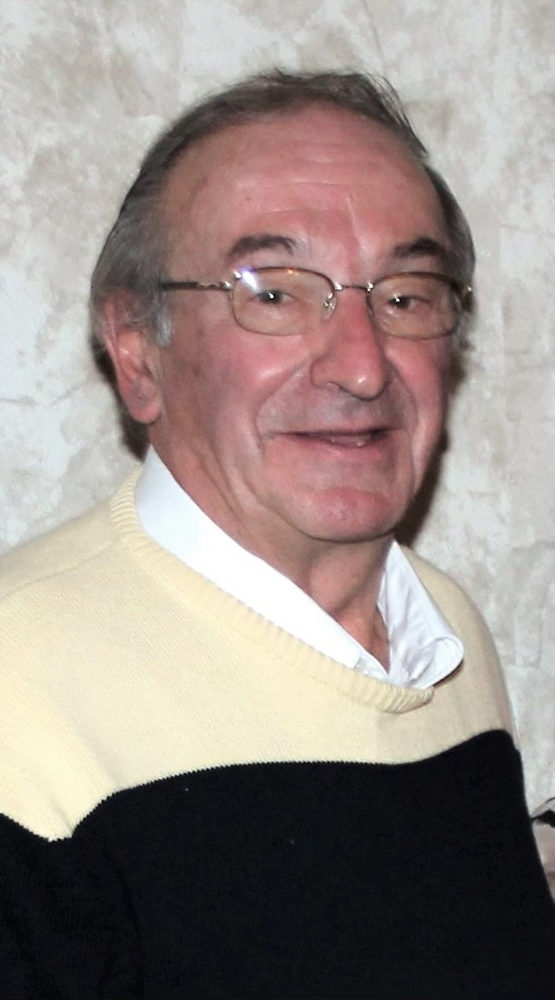 Please share a memory of Daniel to include in a keepsake book for family and friends.
View Tribute Book
Elmira: Age 85, passed away, surrounded by his family, on Thursday, October 28, 2021 at Robert Packer Hospital, Sayre PA. Danny was born and raised in Elmira the son of Michael A. and Catherine Ann (Noterfonzo) Mandell. He is predeceased by his sister Teresa A. Jung. Danny is survived by his loving family, Rosalee Chalk Mandell, his wife of 60 years; son and daughter-in-law Daniel J., Jr. and Sherry Mandell of Elmira with daughter April (Joseph) Falcheck; daughter and son-in-law Mary C. and Patrick Carli of Saratoga Springs NY; brothers and sister-in-law, Michael and Joan Mandell of Elmira, Richard Mandell of Elmira; brothers-in-law and sisters-in-law, Charles Jung of Albany NY, Samuel and Marianne Chalk of Chesapeake VA, Ann and Cliff Jacobs of Elmira, Frank and Connie Chalk of Hanover PA; along with many nieces, nephews, great-nieces, great-nephews and cousins. Danny was a 1955 graduate of Elmira Free Academy. He then served his country in the U S Army. Danny worked several years for General Electric prior to buying LaFrance Grill on Erie Street in Elmira. The bar became Mandell's Tavern and later Mandell's Restaurant. Danny and Rosalee ran the restaurant until their retirement in 2007. He was a long-time member of the Elmira Kiwanis Club and a long-time active communicant of St. Mary's Church, Elmira. Danny was a fan of Pennsylvania sports teams….Steelers, Pirates and Penn State football. He was an avid golfer, sports and history buff, along with being an all-round good guy. Danny, along with Rosalee, was a very giving and charitable person who supported countless organizations in the Elmira Community. Family and friends are invited to McInerny Funeral Home, 502 W. Water Street, Elmira, on Wednesday, November 3, 2021 from 4:00 p.m. to 7:00 p.m. A prayer service will be held at the funeral home on Thursday, November 4, 2021 at 9:15 a.m., followed by a 10:00 a.m. Mass of Christian Burial at St. Mary's Church, 224 Franklin Street, Elmira. A livestream of the Mass will be available through the Facebook page for Most Holy Name of Jesus Parish (https://www.facebook.com/ElmiraCatholic). Masks are recommended at church. Interment with committal prayers and military honors will follow at St. Peter & Paul's Cemetery. Those wishing may remember Danny with a donation to Meals-On-Wheels, 409 William Street, Elmira NY 14904.
To send flowers to the family or plant a tree in memory of Daniel Mandell, Sr., please visit Tribute Store
Wednesday
3
November

Share Your Memory of
Daniel
Upload Your Memory View All Memories
Be the first to upload a memory!
Share A Memory
Send Flowers
Plant a Tree