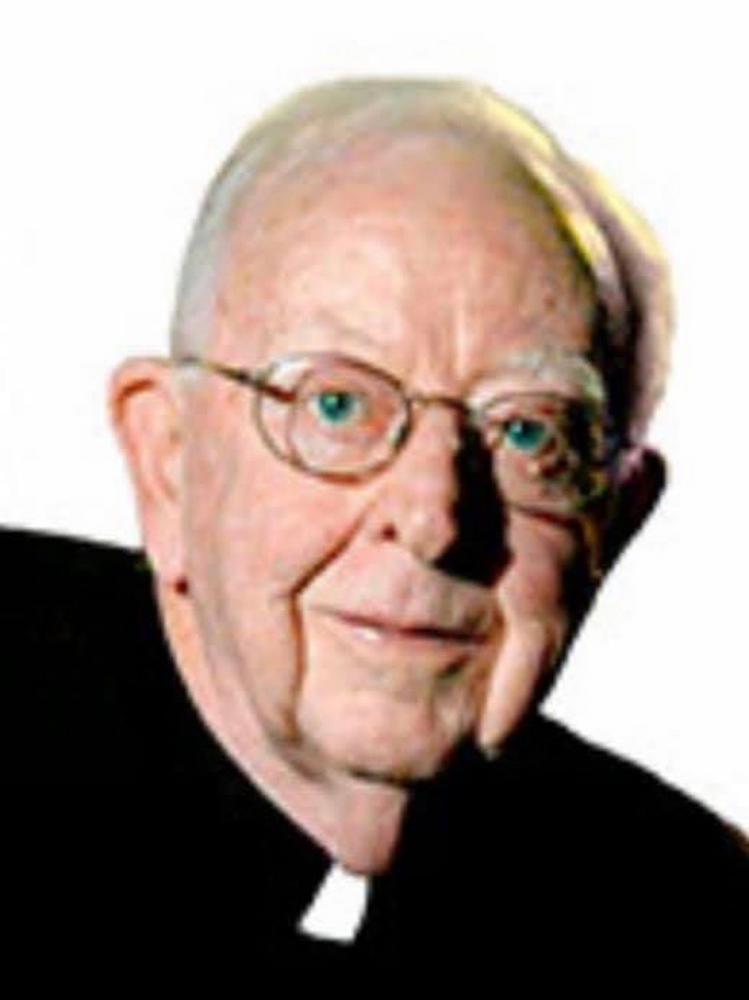 Please share a memory of Father Edward to include in a keepsake book for family and friends.
View Tribute Book
Age 86, of Webster NY, formerly of Elmira, died on Saturday, October 9, 2021 at the Hilldabrant Hospice Care Center in Rochester. Father Ed was born and raised in Elmira, a son of Francis and Frances (Curry) Golden. He is predeceased by his sisters and brother-in-law, Margaret Golden Carpenter, Mary Ellen (Golden) and Lee Cannon, brothers and sister-in-law, Tom and Betty Golden, David Golden. Father Ed is survived by his sister Regina Golden Wright of Elmira; numerous nieces and nephews, and their families; along with close friend Annette Truby. A communicant of St. Mary's Church, Elmira, Father Ed, always knew he wanted to be a priest. He attended St. Andrew's and St. Bernard's seminaries in Rochester and was ordained on May 27, 1961 by Auxiliary Bishop Lawrence B. Casey, at St. Mary's Church in Corning. His first assignments, with the Diocese of Rochester, were as an assistant at St. Stephen Church in Geneva from 1961 – 1964, and Blessed Sacrament Parish in Rochester from 1964 – 1968. Father Ed then spent six years in La Paz, Bolivia, where the Diocese of Rochester had operated a mission. After returning to Rochester, he became co-director of the diocesan Spanish Apostolate in 1974, and in 1976 he assumed the pastorate of St. Francis Xavier Church in Rochester. Father Ed was then chaplain at the Elmira Correctional Facility, Southport Correctional Facility and Monterey Shock Camp from 1982 – 1991. He was assigned as pastor at Church of the Assumption in Fairport from 1991 – 2001 and parochial vicar at Rochester's City West parishes, before becoming a senior priest in 2005. Even in retirement Father Ed kept busy serving as the chaplain at Cherry Ridge in Webster, which is part of St. Ann's Community, and senior priest for Rochester's Peace of Christ Parish. Father Ed found great joy in working with, and assisting, the Spanish community in Rochester. He loved to travel, read books, and putting puzzles together. Father Ed touched many lives and was known for his wonderful sense of humor. Father Ed will lie in state at the Church of the Assumption, 20 East Avenue, Fairport NY on Wednesday, October 13, 2021 from 5:30 p.m. to 7:00 p.m. A vigil will follow at 7:00 p.m. On Thursday, October 14, 2021 calling hours will be held at McInerny Funeral Home, 502 W. Water Street, Elmira, from 4:00 p.m. to 7:00 p.m. He will then lie in state at St. Mary's Church, 224 Franklin Street, Elmira, on Friday, October 15, 2021 from 9:00 a.m. until 11:00 a.m., at which time there will be a Mass of Christian Burial for him. A livestream of the Mass will be available through the Facebook page for Most Holy Name of Jesus Parish (https://www.facebook.com/ElmiraCatholic). Interment, with committal prayers, will then take place at St. Peter & Paul's Cemetery, Elmira. Masks are required at all indoor services. In lieu of flowers, those wishing may remember Father Ed with a donation to House of Mercy, 285 Ormond Street, Rochester NY 14605, or at houseofmercy.org. House of Mercy is dedicated to serving and advocating for Rochester's homeless citizens. Officers and members of both the Men's and Ladies Division of the Ancient Order of Hibernians, will meet at McInerny Funeral Home on Thursday, October 14th, at 7:00 p.m. to conduct a service for our brother, and former chaplain, Father Edward Golden.
To send flowers to the family or plant a tree in memory of Father Edward Golden, please visit Tribute Store
Wednesday
13
October

Father Ed will lie in state

Father Ed will lie in state

Share Your Memory of
Father Edward
Upload Your Memory View All Memories
Be the first to upload a memory!
Share A Memory
Send Flowers
Plant a Tree