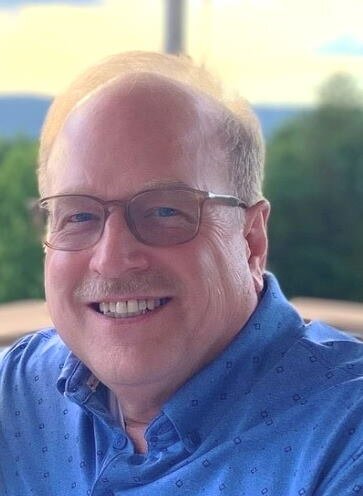 Please share a memory of William to include in a keepsake book for family and friends.
View Tribute Book
For over 60 years, Bill's warm smile and contagious laughter filled up every room he entered with light, humor, and healing. He was the foundation, mediator, and trusted advisor for countless members of his family, close friends and professional colleagues who felt seen, understood, and accepted by his fierce intelligence, unshakable intuition, hilarious wit, and dynamic storytelling. William "Bill" Harrison Henbest, 67, passed on to life after death on Wednesday, December 21, 2022, in his home surrounded by his loving family in West Elmira, NY. Bill grew up an eager, excited, and curious son in Elmira, NY, a frequent visitor of Lou's Variety and Pattycake Bakery on Hoffman Street as a child to satisfy his never-ending sweet tooth (which he never outgrew). He went to high school and played football for Elmira Free Academy before leaving to study business at Rochester Institute of Technology (RIT). His time at RIT awarded him many treasures: he graduated with a Bachelor of Science, he played flag football because he couldn't get enough, he found brotherhood at Sigma Pi fraternity, and he met his future wife Cindy, even though they both grew up in Elmira—as fate would have it. Bill and Cindy married at St. Patrick's Church in Elmira, NY. They were true New Yorkers, having moved around the state over the years, first to Syracuse, NY as newlyweds so Bill could work as an underwriter for General Accident Insurance. As Bill's career grew, he moved back to Elmira to help his father run Henbest & Morrissey, Inc. before opening his own successful agency, W.H. Insurance Agency, Inc. Recently, they lived in Westchester County and Connecticut where Bill worked as an insurance executive in New York City for the last few years before eventually moving back to Elmira to retire. Bill and Cindy bought their second home in 1987 "temporarily" - as they lovingly said for the last few decades - and led a full life there. In this home, they raised all three of their children and honorary children, adopted many dogs, fed and cared for families of bunnies, hummingbirds, and squirrels, spent countless summer days on the patio, hosted friends, landscaped (Bill's favorite way to spend a Saturday morning), held graduations and celebrations, and ultimately received comfort and care by his wife and children in his final days. Bill is at peace living among the stars in the garden of angels. He is survived by his loving caregiver and loyal wife of 45 years, Cynthia "Cindy" Jean (Rohde) Henbest of Elmira, NY, his resilient and successful daughters Danielle Christine Henbest Levy of Peekskill, NY, and Sarah Kathleen Henbest of New York, NY, his kind and dedicated son William Harrison Henbest II of Erin, NY, and his sweet and passionate son-in-law Gideon Leon Henbest Levy, as well as his devoted and adoring pack of dogs: his darling Olive Loaf, Puff, Zoe and granddogs Betty, Audrey, Bugsy, Bubba, Adele, Rex and Echo. He also leaves behind his best friends and chosen family David and Antoinette Brush, his sister Jacqueline Henbest, his brother Theodore Henbest and family, and his nephews Matthew Bayer and Christopher Bayer. Bill was predeceased by his father Robert "Bob" L. Henbest and his mother Grace E. (Rowley) Henbest, his mother-in-law Roberta "Bobbie" J. (Barron) Rohde and his father-in-law Jerry A. Rohde, and his sister Judith (Bayer) Henbest and his nephew Jeremy Bayer as well as his precious dogs Duchess, Tiffany, Max and Pixie, his college hamster Heidi, and one guinea pig fondly named Pickles. He leaves behind many former clients, colleagues, mentees, friends, extended family, and honorary children from upstate, downstate, New York City and across the country. Bill's family and closest friends will honor his life in the warm months with a private family celebration, as his last wish. In lieu of flowers, Bill's wish is for donations to be made in his name to St. Jude's Children's Research Hospital (https://www.stjude.org/give/memorials-and-dedications.html) or to Memorial Sloan Kettering Cancer Center (https://secure2.convio.net/mskcc/site/Donation2?df_id=17286&17286.donation=form1&mfc_pref=T) where he received the utmost care.
To plant a beautiful memorial tree in memory of William Henbest, please visit our Tree Store

Share Your Memory of
William
Upload Your Memory View All Memories
Be the first to upload a memory!
Share A Memory
Plant a Tree