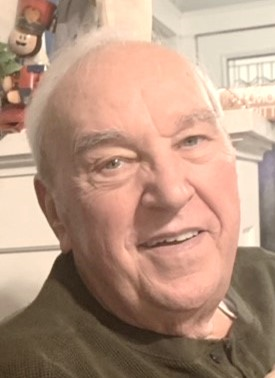 Please share a memory of Charles to include in a keepsake book for family and friends.
View Tribute Book
We said "goodbye" today to a man who truly was "one of a kind." Our beloved Dad, "Pudgie," died on Sunday, December 4th, 2022, as result of injuries sustained from a stroke suffered just days earlier. A son of the late James Cleary, Sr., and Phyllis E. Cleary, Charles was born Jan. 9, 1940. An uncle cheerfully nicknamed him "Pudgie" early on, telling Jim and Mamie that despite his slight size, "this boy is going to be healthy. …And a handful." How prophetic. During a life journey of nearly 83 years, Pudgie was chief instigator, or willing compatriot to a dizzying variety of experiences and accomplishments. Throughout his childhood, his family was hard-working, but painfully poor. As a young man Pudgie hustled. He worked his way to opening a pizza "shop" that was entirely family owned, and popular with the public. Pudgie was a driving force among three brothers who created the product, the brand, that is "Pudgie's Pizza & Sub's." Since 1963, the business has sustained three generations of extended Cleary families. It can rightly be called a local "food empire." The business he founded was Dad's greatest source of pride. He loved his children, his siblings, two wives, and a wonderfully unconventional extended family. Strange as it may sound, he didn't love one more than the other. The business was borne of the hardest work he'd ever done: his efforts and his hustle. It is his lasting creation; like his children, it is Pudgie's legacy. Pudgie is survived by his children and their spouses: Debbie Todd, Patty (Patrick) Kelley, Kelly Emanuel, Melissa Wichtowski, Colleen (Tim) Campbell, Brenda (Mark) Baker, Brandon (Heidi) and Alexander (Nicole) Cleary. Pudgie was predeceased by his beloved son Francis "Boomer" Cleary, and sons-in-law Ralph Todd and Rick Emanuel. Pudgie was a proud grandfather and great grandad to: Mary, Nicole, Andrew, Enzo, Ryan, Aimee, Ian, Meghan, Mackenzie, Dylan, Raven, Eric, Alex, Luca, Nico, Andrew, Allyson, Wyatt, Ashton, Brennan, Ahlias, Miles, Violet, Caitlyn, Brandi and Isabella. Pudgie is survived by his second wife, Diana Brownell Cleary; he was predeceased by his first wife Carol Cowley. In addition to his parents, son, and sons-in-law, Pudgie was predeceased by three siblings: brothers: Michael P. Cleary and Francis J. Cleary, and sister Bernadette Tarntino. Just two siblings from Jim and Mamie's original six children remain: brother James ("Sonny") Cleary, Jr. and sister Mary Margaret Poteat. Sister-in-law Lois Wright Cleary was especially close to Pudgie, and she survives also. There are scores more cousins, nieces and nephews, family added by marriage, co-workers at Pudgies who became family, so many who Pudge loved like family. We cannot name here all who added richness to Dad's life by befriending him, by listening to his life-experience stories. Plenty of "only Pudgie" stories we'll share at Visitation & Funeral Services. Funeral arrangements are made with the assistance of McInerny Funeral Home, 502 W. Water St., Elmira. Visitation will be at McInerny Funeral Home, 4:00-7:00 PM Thursday, December 8, 2022. A prayer service will be held at the funeral home on Friday, December 9, 2022 at 12:45 p.m. followed by a Mass of Christian Burial at St. Mary's Church, 224 Franklin St., Elmira, at 1:30 p.m. A livestream of the Mass will be available through the Facebook page for Most Holy Name of Jesus Parish (https://www.facebook.com/ElmiraCatholic). Interment with committal prayers will then take place at St. Peter & Paul's Cemetery.
To send flowers to the family or plant a tree in memory of Charles Cleary, please visit Tribute Store
Thursday
8
December

Share Your Memory of
Charles
Upload Your Memory View All Memories
Be the first to upload a memory!
Share A Memory
Send Flowers
Plant a Tree