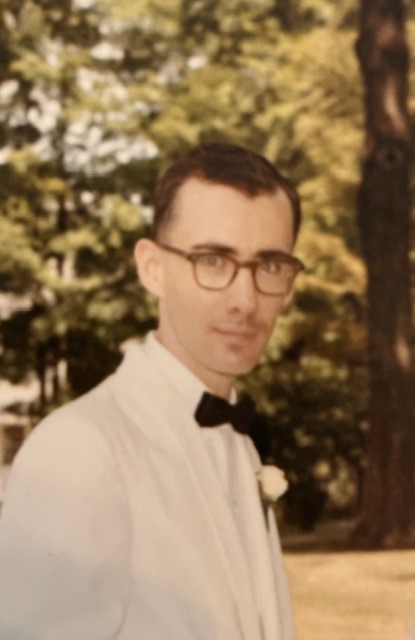 Please share a memory of Stephen to include in a keepsake book for family and friends.
View Tribute Book
Age 84, passed away on October 29, 2022 at Elcor Health Services. Steve was born in Elmira, son of the late John and E. Gertrude McInerny Kelly. In addition to his parents, Steve was predeceased by his wife Mary Claire Kelly, brother Jerry Kelly, brothers-in-law Alan Wright and Michael Schiefen. He is survived by his daughter Jeannie L. Kelly of Elmira, son and daughter-in-law Sean M. and Terri Kelly of Lawrenceville, PA, with his children, Michael, Sean Jr. (Clara), Racheal, and Rebecca, step children, Katie Fisher and Kristin Knapp, great grandchildren Hal J. Hodge, Karma and Capri Kelly; brother and sister-in-law, John "Skip" and Bridie Kelly of Jackson Heights, NY, sister Jeannine Wright of Matthews, NC and sister-in-law, Colleen Schiefen of Ithaca, NY along with several nieces and nephews. Steve served his country in the U.S. Air Force during the Korean Conflict. He was a postal clerk in Elmira for many years. Steve was a member of the Ancient Order of Hibernians, Msgr. John J. Lee Division and was a volunteer at Meals On Wheels. He was a lifelong communicant of St. Patrick's Church. Family and friends are invited to McInerny Funeral Home, 502 W. Water St., Elmira, on Wednesday, November 2, 2022 from 4:00 p.m. to 6:00 p.m. A prayer service will be held at the funeral home on Thursday, November 3, 2022 at 9:45 a.m., followed by a Mass of Christian Burial at 10:30 a.m. at St. Patrick's Church. Interment, with military honors, will follow at St. Peter & Paul's Cemetery. Donations in Steve's memory may be made to Meals On Wheels, 409 William Street, Elmira, NY. The Hibernians will gather at the funeral home on Wednesday, November 2, 2022 at 6:00 p.m. to conduct a service for our brother, Steve. Signed, Fran Whitford, president.
To send flowers to the family or plant a tree in memory of Stephen Kelly, please visit Tribute Store
Wednesday
2
November

Share Your Memory of
Stephen
Upload Your Memory View All Memories
Be the first to upload a memory!
Share A Memory
Send Flowers
Plant a Tree