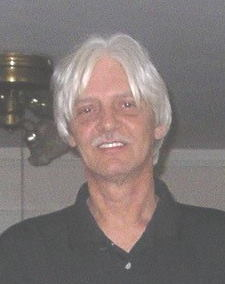 Please share a memory of Robert to include in a keepsake book for family and friends.
View Tribute Book
Formerly of Astoria Queens NY Passed away at the Arnot Ogden Medical Center on Wednesday, October 12, 2022. Bob was born in Manhattan NY the son of Frances (Foley) Kelly of Hornell and the late Robert H. Kelly. He was also predeceased by his sister Eileen Kelly. Bob is survived by his wife Teresa (Bollinger) Kelly; son and daughter-in-law Michael and Maria Norvell of Tallahassee FL with daughter Mila; sons, Ryan and Tyler Kelly both of Elmira; stepdaughter Rachel Bollinger of New York City; brother and sister-in-law, Richard and Theresa Kelly of South Carolina with children Richard, Sean and Jennifer; brother-in-law and sister-in-law Richard and Julie Bollinger of Elmira with children Kaylan and Don. Bob retired as an engineer with the NYC Board of Education with over 30 years of service. He and his family moved to the Elmira area shortly after his retirement. Bob was an avid sports fan. Florida State and Los Angeles Rams where his favorite football teams and the New York Mets were his favorite baseball team. Family and friends are invited to call at McInerny Funeral Home, 502 W. Water Street, Elmira NY, on Thursday, October 20, 2022 from 3:00 p.m. to 4:00 p.m. A funeral service will follow at 4:00 p.m.
To send flowers to the family or plant a tree in memory of Robert Kelly, please visit Tribute Store
Thursday
20
October