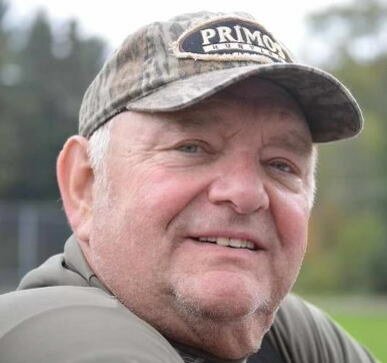 Please share a memory of Kenneth to include in a keepsake book for family and friends.
View Tribute Book
Ken, "Hoss" Cartwright passed away peacefully on September 3, 2022, surrounded by his loved ones. Although Ken's life on earth may have come to an end, his memory will live on in the hearts of all those who knew and loved him. The simplest pleasures in life brought Ken the greatest joy. Whether it be casting a line in Catherine Creek, hiking up South Mountain during hunting season, or sitting on the porch sharing a glass of wine with his wife, Ken truly enjoyed everything, both big and small. In August 1960 Ken married the love of his life, Geraldine A. "Jeri" O'Connor. Soon after, Ken and Jeri welcomed their boys, Christopher and Keith. Ken was a role model father; one that his boys could always lean on. In 1970 Ken became a firefighter for the City of Elmira: finally finding his true passion. Ken's heart of gold always found joy in helping those in need. It was here that Ken found a life-long friend in Calvin Gillette, earning themselves the infamous nickname of "Nora and Dora". Ken's gift of gab landed him a part-time job at Vasco as a salesman and later at Peters Supply. Ken truly loved a good conversation and had a genuine interest in the well-being of others. Another title that Ken carried was "Pa" or "Papa". Ken became a grandfather to Rachael in 1987, Rebecca in 1992, Drew in 2001, and Hunter in 2003. Becoming a grandfather was one of Ken's greatest accomplishments. He never failed to tell his grandchildren how proud he was of them, and he never took anything for granted. Ken never missed a moment. In the end many ask, "How do you sum up a life well lived?" Ken would tell you to take advantage of every chance you're given, never miss a moment, don't forget to say "I love you", and most importantly, "Always keep the faith". Ken is predeceased by his beloved wife Jeri, parents Gilbert and Aileen Cartwright, his brother Walter Cartwright, and sisters-in-law, Kathleen Shaw and Nancy Marrone. Ken leaves behind his loving sons, Christopher (Marci) Cartwright and Keith (Jen) Cartwright. His grandchildren Rachael (Michael) Martin, Rebecca Cartwright, Drew Cartwright (Stephanie Samis), and Hunter Cartwright; as well as two great-grand-children Maliah and Jaxon Martin. Ken also leaves behind brothers-in-law, David Shaw and F. Michael Marrone, sister-in-law Cynthia Cartwright, special friend Bonnie Kennedy, as well as a host of nieces, nephews, cousins, and lifelong friends. The family wishes to express their thanks and gratitude to the 2nd floor care team at Corning Guthrie Hospital and the entire Bampa's House family for their kindness to both Ken and his family during his final days. In lieu of flowers, please consider donating to Bampa's House, 170 E First Street, Corning, NY 14830. Donations can be made at www.bampashouse.org. Per Ken's wishes a private family service will be held.
To plant a beautiful memorial tree in memory of Kenneth Cartwright, please visit our Tree Store

Share Your Memory of
Kenneth
Upload Your Memory View All Memories
Be the first to upload a memory!
Share A Memory
Plant a Tree