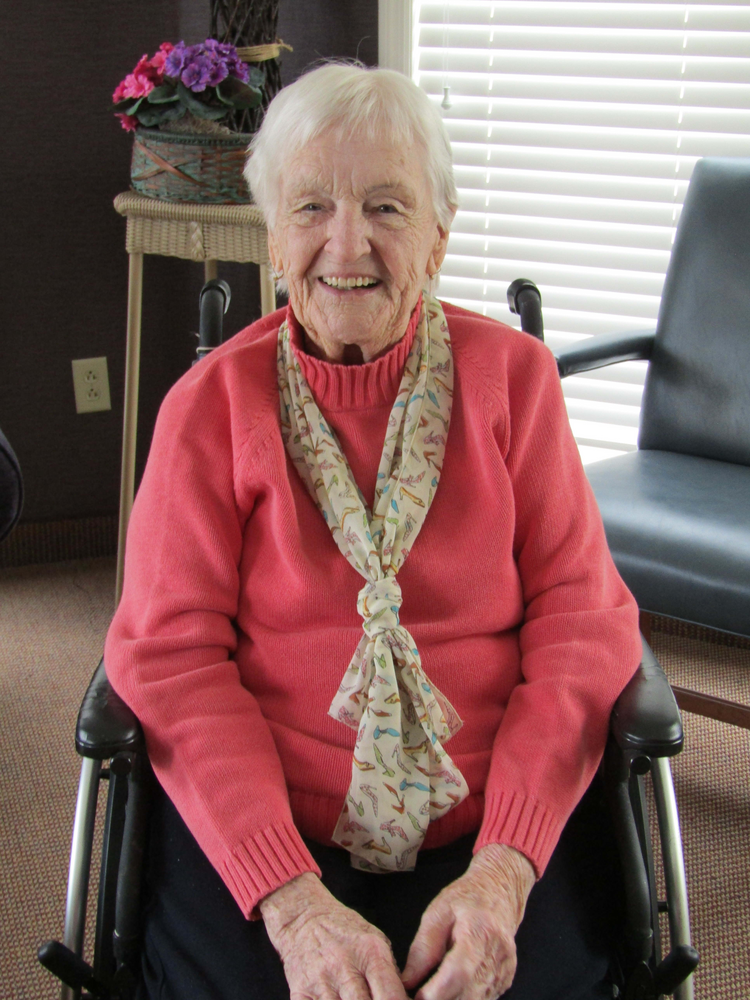 Please share a memory of Alice to include in a keepsake book for family and friends.
View Tribute Book
Alice, daughter of the late Thomas and Theresa (Lake) Coffey, was born and raised in Binghamton. Upon graduation from North High School in 1946, her father wanted her to be a telephone operator, claiming it would be steady work. Instead, Alice chose to attend Wilson Memorial Hospital's three-year nursing program. She was to have graduated in August 1949, but fate intervened. She met her faithful and adoring future husband, James Brown, at an Endicott Johnson pavilion dance. Quietly married on January 3, 1949, they soon realized they were to become parents. Protocol at the time prevented Alice from finishing nursing school, but in the late 1960's, after the youngest of the nine Brown children started school, and with strong encouragement from Jim, Alice completed the nursing program at Corning Community College. Alice practiced her profession in a variety of settings including Corning Hospital, Steuben County Health Department and Elmira Psychiatric Center. While acknowledging that work, she is most remembered for her faith and resilience. Four of her children, Thomas, Daniel, Christopher and Barbara met untimely deaths and Alice kept her faith. Her husband James left this world after 66 years of marriage and Alice kept her faith. Each death brought great sorrow and pain, but Alice returned to caring for those who remained, and knowing she would see her loved ones in heaven, could eventually resume living a life filled with family, friends and faith. In the early years of Jim's career, there were many moves. Alice always said, "We'd move for a $100 a-year-raise." But there were always healthy meals, tidy houses, clean laundry, bikes on everyone's eighth birthday, camping trips (with as many as three kids in diapers!), and plentiful Christmases. And Thanksgivings! Oh, how Alice loved them. With few exceptions, she hosted children, grandchildren and great grandchildren through her 89th year. Alice is survived by children, Maureen, Michael, James, Patrick and Timothy; grandchildren, Kevin Worden (Kirstin), Sara Worden, Allison Lambert (Chris Egner) and Jennifer Smith (Pierce); great-grandchildren, Helen and Maria Worden, Theresa and Eleanor Egner, and River Smith; brother Joseph Coffey (Margaret); and many nieces and nephews. Alice was preceded in death by brother Gerald Coffey and his wife Darlene. The family would like to extend their appreciation to the dear friends who, during Alice's last challenging years, faithfully kept in touch by phone, mail and visits. Please visit with the family at St. Patrick Church, 604 Park Place, Elmira, on Tuesday, July 19, 2022 from 9:00 a.m. to 10:00 a.m. Alice's Mass of Christian Burial will be celebrated directly after at 10:00 a.m. Interment will take place in St. Mary's Cemetery, Corning. Donations may be made to Meals on Wheels of Chemung County, 409 William Street, Elmira NY 14901.
To send flowers to the family or plant a tree in memory of Alice Brown, please visit Tribute Store
Tuesday
19
July

Share Your Memory of
Alice
Upload Your Memory View All Memories
Be the first to upload a memory!
Share A Memory
Send Flowers
Plant a Tree