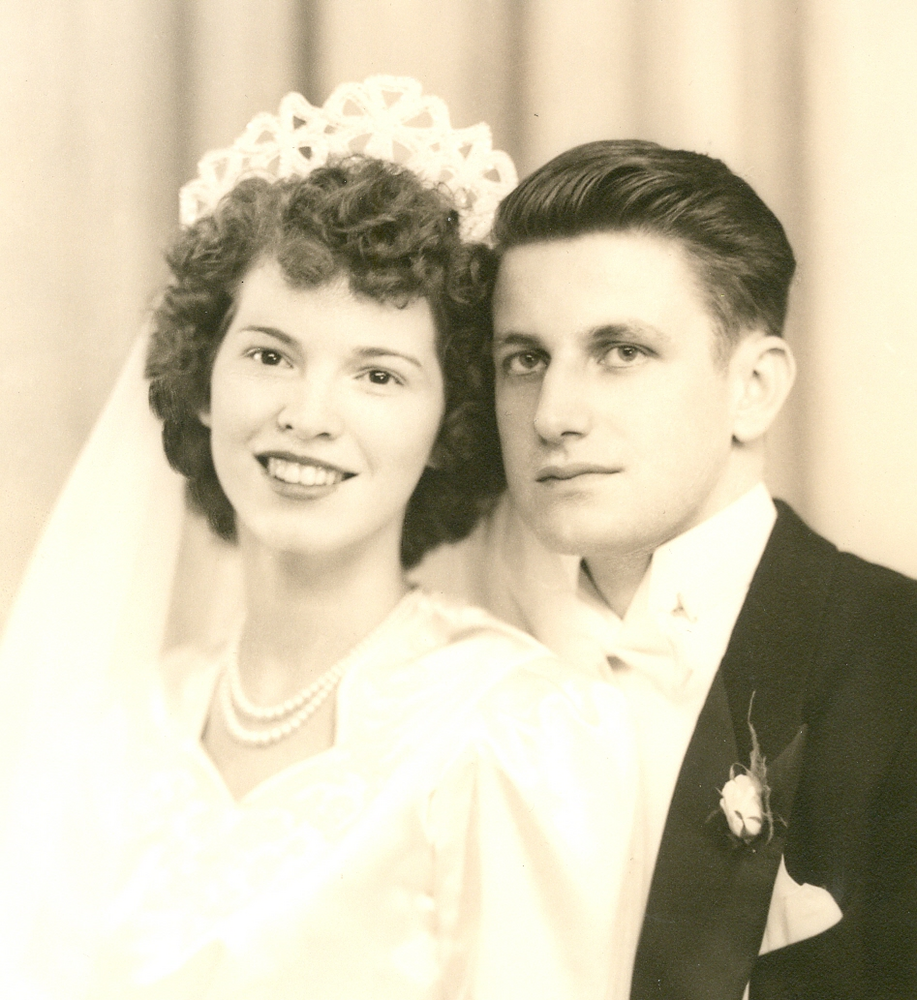 Please share a memory of Edward "Ed" & to include in a keepsake book for family and friends.
View Tribute Book
Edward "Ed" Baron, age 97, of Elmira, passed away suddenly on May 9, 2022. Josephine "Jo" Baron, age 94, of Elmira, with her family by her side, joined her loving husband on May 17, 2022. Ed and Jo are survived by their grandchildren, Robert (Shanon) Lutomski of Simpsonville SC, Nikolas Lutomski of Big Flats, Molly Duffy of Elmira; great-granddaughter Reagan Lutomski of Simpsonville SC; special friend Gary Lutomski of Big Flats; many nieces, nephews and other close family members of the Lutomski and Duffy families. They were predeceased by their daughter Joanne Baron, their parents, their many siblings, and several nieces and nephews. Ed was a son of John and Agnes (Perumba) Baron, born and raised in Preston Township, Wayne County PA. He was a US Marine serving in the infantry during WWII, and was awarded a Purple Heart for injuries sustained during the Battle of Peleliu. After Ed returned from the war he attended the Bulova School of Watch Making. He lived in Ithaca NY while working as a jeweler and watch repairman. He and Josephine were the eventual owners of R.A. Heggie and Bro. Co., jewelers in Ithaca for many years, retiring in 1988. Josephine was a daughter of Carl and Stella (Dizircski) Zwickarowski, born and raised in Forest City PA. After graduating from high school she worked in retail until meeting Ed and then worked alongside him in the jewelry business until their retirement. Ed & Jo spent their retirement years traveling across North America in their motor home. They lived in Arizona for a while, moving back to Elmira in 1993. They were married in 1948 and were together for over 73 years. Family and friends are invited to McInerny Funeral Home, 502 W. Water Street, Elmira, on Sunday, May 22, 2022 from 1:00 p.m. to 3:00 p.m. A Mass of Christian Burial will be held for Ed and Jo on Monday, May 23, 2022, at 10:00 a.m., St. Mary's Church, 224 Franklin Street, Elmira. Interment, with committal prayers, will follow at St. Peter & Paul's Cemetery, at which time military honors will be accorded to Ed. Jo's family would like to thank the medical staff of Strong Memorial Hospital for their knowledge and care during such a difficult time.
To send flowers to the family or plant a tree in memory of Edward "Ed" & Baron, please visit Tribute Store
Tuesday
17
May

Share Your Memory of
Edward "Ed" &
Upload Your Memory View All Memories
Be the first to upload a memory!
Share A Memory
Send Flowers
Plant a Tree