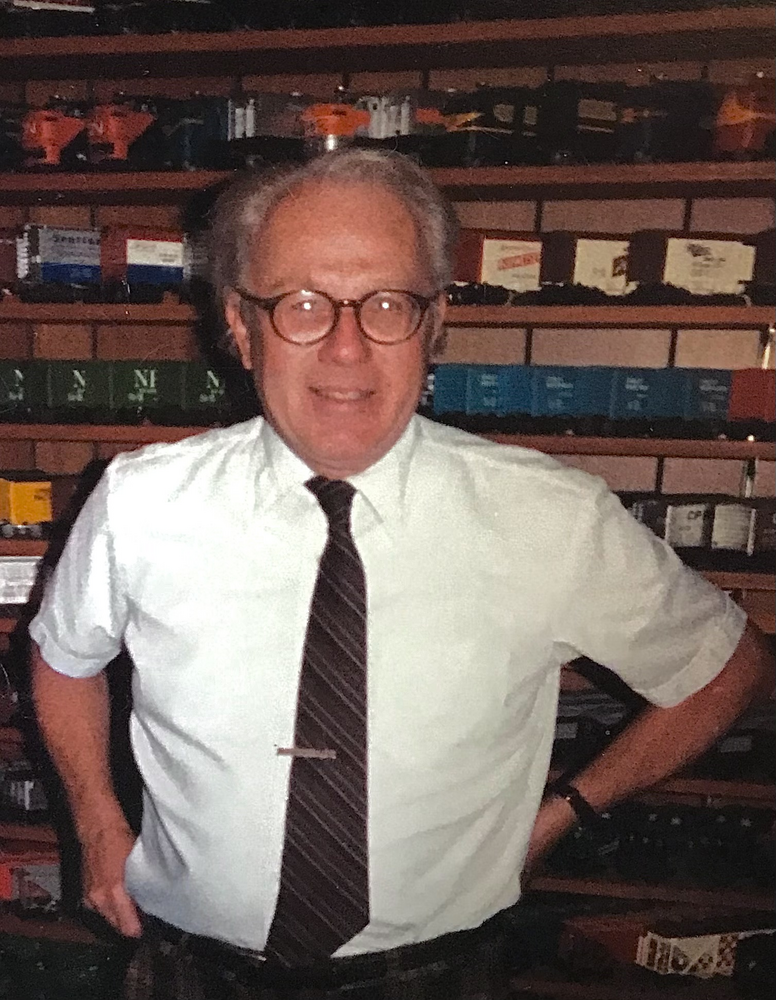 Please share a memory of Sidney to include in a keepsake book for family and friends.
View Tribute Book
Age 97, passed away peacefully at home with his twin sons by his bedside on Friday, May 13, 2022. Sid was born in Utica NY a son of Raymond J. and Florence Mott Brown. He was predeceased by his wife of 60 years Eugenia Good Brown and daughter-in-law Sandra Naples Brown. Sid is survived by son and daughter-in-law Michael R. and Jacquelyn Brown of Elmira; son David H. Brown of Horseheads; grandchildren, Melissa J. (Josua) Church, Nicholas E. Brown (fiancée Janet Nordin), Catherine M. (Joseph) Melanson, Kimberly L. Doty and Erica A. (John) Shirley; great-grandchildren, Logan and Leah Church, Maxwell and Lucy Doty, Ethan and Peyton Melanson, Jade Nordin; soon to be great-granddaughter Hope Sydney Pearl Brown; sister in-law Mary Frances Burke of Elmira; several nieces and nephews. Sid was a 1943 graduate of Southside High School. He enlisted in the US Army during WW II serving from 1944 to 1946. He served in the Aleutian Islands off Adak, Alaska during the war and attained the rank of Staff Sergeant. He was a 1951 graduate of New York College of Podiatry. After college Sid returned to Elmira and opened his Podiatry practice on the corner of Walnut and West Gray Sts. where he would practice his profession for the next 40 years before retiring. He was a long-time member of the Elmira Country Club where he served as president in 1986. In 2001 Sid won the Elmira Country Club Senior Tournament. He played his last round of golf at the Country Club on May 24, 2017, at the age of 92! Sid was a nationally known Lionel Train collector. He had been a long-time member of Trinity Episcopal Church. Upon Trinity's closing he became a member of Grace Episcopal Church. Private family services were held. Those wishing may remember Sid with a donation to Grace Episcopal Church, 375 W. Church Street, Elmira NY 14901.
To plant a beautiful memorial tree in memory of Sidney Brown, please visit our Tree Store

Share Your Memory of
Sidney
Upload Your Memory View All Memories
Be the first to upload a memory!
Share A Memory
Plant a Tree