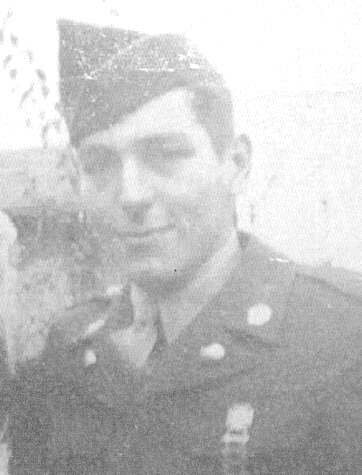 Please share a memory of Corporal Robert to include in a keepsake book for family and friends.
View Tribute Book
Corporal Robert C. Agard, Jr. Age 19, died 71 years ago while serving in Korea with the US Army’s 2nd Platoon, 24th Reconnaissance Company, 24th Infantry Division. Cpl. Agard was on night patrol in July 1950 when he went missing in action near Taejon, South Korea. In December of 1950, remains were recovered that, all these years later, would be positively identified through DNA testing as those of Cpl. Agard. Since 1950 the remains of Cpl. Agard have been interred at the National Memorial Cemetery of the Pacific in Hawaii. Cpl. Agard was one of more than 600 Korean War remains disinterred from unknown graves in the National Memorial Cemetery of the Pacific in Hawaii as part of a Korean War Identification Project. Like Cpl. Agard, many were returned to their hometowns for burial. Cpl. Agard grew up in Elmira. He was the only child of Robert C. Agard and Gertrude Beard Agard. Cpl. Agard is survived by cousins, Gloyd Dene (Anita) Kimball of Longmeadow MA with children Russell Kimball, Michele Harrison, Andrew Kimball and Garrett Kimball … Richard (Marcia) Kimball of Elmira with sons, Richard Kimball, Christopher Peters, and daughter Erin Hamlin … Wendy Kimble and Cynthia Kimble Lamb both of Ithaca, Roger Kimble and Peter Kimble both of Florida, Erik Olds of Atlanta GA and Matthew Olds of Dryden NY. Also surviving are several other extended family members. A funeral service, committal prayers and full military honors, will be held for Cpl. Agard at 11:00 a.m. on Friday, May 27, 2022, at Forest Lawn Memorial Park, 563 Jerusalem Hill Road, Elmira NY. Cpl. Agard will be buried next to his mother.
To send flowers to the family or plant a tree in memory of Corporal Robert Agard, Jr., please visit Tribute Store
Print
Friday
27
May

Look inside to read what others have shared
Family and friends are coming together online to create a special keepsake. Every memory left on the online obituary will be automatically included in this book.
View Tribute Book
Share A Memory
Send Flowers
Plant a Tree