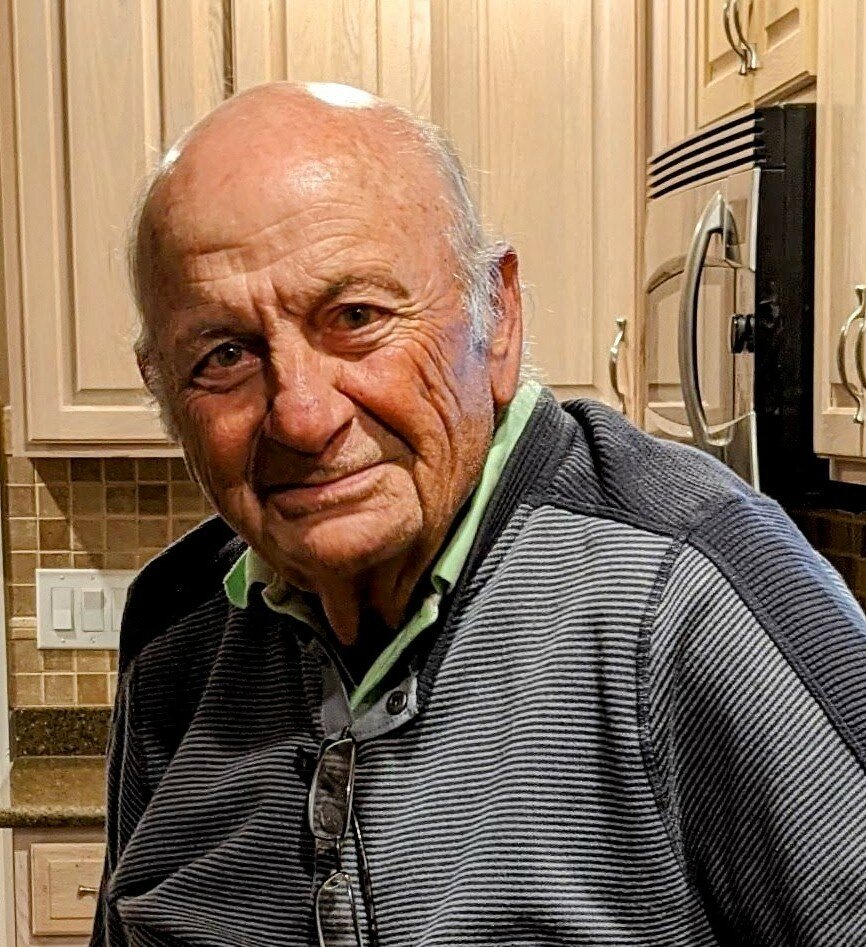 Please share a memory of Samuel to include in a keepsake book for family and friends.
View Tribute Book
Samuel Yervant Kutchukian, Age 84, of Elmira, NY passed away April 5, 2022 at home. Samuel was born October 11, 1937 to Yervant and Elise (Melkonian) Kutchukian in Alexandria, Egypt, both of whom predeceased him. The youngest of three children, Sam is also predeceased by brother Armenak Kutchukian and survived by sister Sylvia Kutchukian. He attended The British Boys School, where his love for soccer and sports began. He graduated in 1955 and began studies at The American University in Beirut. He also attended Mission Commercial (1955-1956) and Haigazian College (1956-1958). Samuel emigrated to the United States, by ship, arriving in California on September 15, 1958. He later recalled this as the “best day of his life… Free at last”. In California, he continued his studies at Pepperdine University, which was “the only college at the time who accepted foreigners”. Sam settled in Rochester, NY where he worked at Taylor Instruments and later graduated from Roberts Wesleyan College. His next stop was Elmira, NY where he began his teaching career in 1964 as a French teacher at Elmira Free Academy. This was also the year that he requested permission to introduce the sport of soccer to the young men at EFA. Over the course of 34 years, he compiled a 341-154-19 record as head coach. In 1976 he began coaching tennis, as well, compiling a 263-86 record. Through the course of his teaching and coaching career, Sam touched the lives of countless students, players, families and friends. He led by example, leaving behind lessons of life and living with a good heart and sense of humor. Sam lived with integrity and kindness at the forefront. He was a deeply spiritual man who turned to the Bible as his “favorite book”. Sam loved his family whole-heartedly and lived to enjoy his children, grandchildren and great- grandchildren. He loved playing golf, following sports and enjoying the company of family and friends. Sam is survived by his wife Margaret “Peg” Kutchukian; daughters, Anne (Tim Hartman) and Jane (Don Knolles); grandchildren, Alyssa (Jake Youngman), Meagan (Kim Davenport), Eric, Jake (Brooke Davenport), TJ, Molly, Bridget and Madison; great-grandchildren, Jane, Declan, Otto, Ainsley, Mia and Camden; niece Joy Walsh and nephews, Yervant and Peter Kutchukian. Calling hours will be held at McInerny Funeral Home, 502 West Water Street, Elmira, NY on Friday, April 15, 2022 from 2:30 p.m. to 5:30 p.m. with a funeral service at 5:45 p.m. A reception will follow at the Elmira Country Club with light appetizers offered. In lieu of flowers, the family requests donations be made to The Park Church, 208 W. Gray Street, Elmira NY 14901, The Chemung County S.P.C.A., 2435 Route 352, Elmira NY 14903, or charity of your choice.
To send flowers to the family or plant a tree in memory of Samuel Kutchukian, please visit Tribute Store
Friday
15
April

Share Your Memory of
Samuel
Upload Your Memory View All Memories
Be the first to upload a memory!
Share A Memory
Send Flowers
Plant a Tree