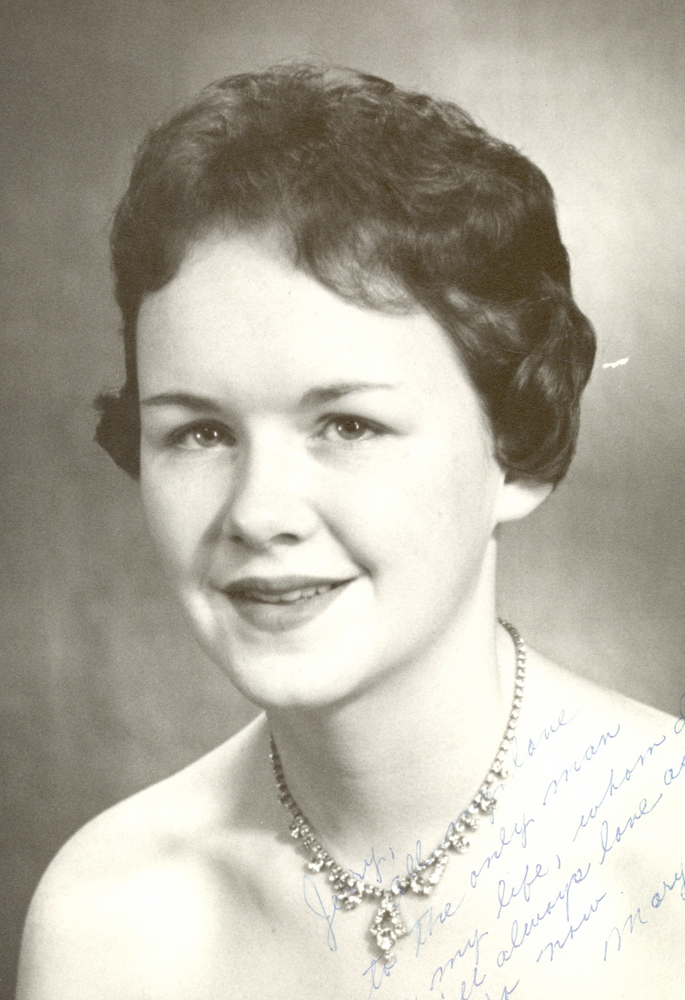 Please share a memory of Mary to include in a keepsake book for family and friends.
View Tribute Book
Age 83, passed away at her home, surrounded by her loving family, on Thursday, January 13, 2022. Mary was born in Lewisburg PA, a daughter of William and Ruth (Baumler) Humphrey. She is predeceased by her siblings, Peter, John, Richard and Jere Humphrey, Nancy Burnhauser and Suzanne Humphrey. Mary is survived by her husband of 64 years Jerry R. Mallow, Sr.; children, with their families, Jerry R., Jr. and Karen Mallow of Southport with her children, Kim (Edward) Updike and Leslie (Brendon) Brewer; Suzanne E. and Donald Snyder of Pine City with children, Donald J. (Lori Davies) Snyder, Ryan (Jessica) Snyder; Lorie Jo Mallow of Horseheads; Andrew J. and Stacie Mallow of Pine City with children, Madalyn and Peyton; great-grandchildren, Kendal and Kylee Updike, Alden, Nolan and Evie Brewer, Landon Wulff and Bryson Snyder; siblings, William Humphrey, Sandra (Ryan) Johnson and Marcia Hajjar; in-laws, Mary Humphrey, Paul Zaidel, Glenn Mallow, Jr., Ray and Leona Mallow and Linda Carnegie; along with many nieces, nephews and cousins. Mary was very active in the community. When her daughters were growing up she was active with the Girl Scouts, she was a Pine City School Pine Bear, planting flowers with all the children outside of the Pine City school, and a volunteer with the Red Cross, teaching first aide to others. Music played a big part in Mary's life. She taught piano and guitar to hundreds of children, played guitar and sang in the church folk group and choir. Mary planned the music for the children's Masses and religious education classes for many years. A very devout Catholic Mary was an active communicant of Most Holy Name of Jesus Parish. For 38 Years, with the help of others, Mary grew, planted and maintained flowers for several of the area Catholic churches. Calling hours for Mary will be on Wednesday, January 19, 2022 from 4:00 p.m. to 7:00 p.m. at McInerny Funeral Home, 502 W. Water Street, Elmira. There will be a prayer service at the funeral home on Thursday, January 20, 2022 at 9:15 a.m., followed by a 10:00 a.m. Mass of Christian Burial at St. Patrick's Church, 601 Park Place, Elmira. A livestream of the Mass will be available through the Facebook page for Most Holy Name of Jesus Parish (https://www.facebook.com/ElmiraCatholic). Masks are required at both the funeral home and church. Interment, with committal prayers, will follow at Woodlawn Cemetery. Those wishing may remember Mary with a donation to one of the following, CareFirst, Meals-On-Wheels, or the Chemung County SPCA. Mary's family extends their special thanks to her caregivers, who took such loving care of Mary for the last 5 months, Katie, Sandy, Stephanie, Karin, Karyn, Debbie, Janice, Caitlin, Diane, Paulette, Mindy, Jill, and Lillian.
To send flowers to the family or plant a tree in memory of Mary Mallow, please visit Tribute Store
Wednesday
19
January

Share Your Memory of
Mary
Upload Your Memory View All Memories
Be the first to upload a memory!
Share A Memory
Send Flowers
Plant a Tree