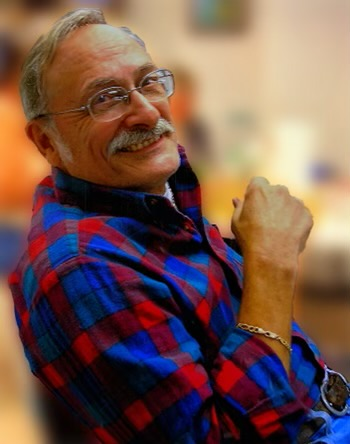 Please share a memory of Frank to include in a keepsake book for family and friends.
View Tribute Book
Frank Robert Composto (Bob), 82, of Elmira, New York, passed away on August 15, 2021 after suffering a stroke. He was surrounded by his family, around the clock, in his final days. Bob, the eldest son to the late Frank and Helen Composto, was born on April 6, 1939 in Staten Island, NY, where he grew up and started his family. In 1974 he moved to "the country", Elmira, NY, where he lived a full and active life. Bob was a bright light to everyone. He was a loving & devoted husband to his best friend Kathy for 59 years. They enjoyed their winters in Florida, spending time with friends & family, and could never pass up a good yard sale! He was a hero to his five girls; Kathy Composto (Rod), Frannie Smith (Steve), Dori Doughty (Tom), Cari Becker (Jim) and Elizabeth Composto (Rob). He instilled strong values of hard work, integrity & the importance of family. He relished his role as a Grampa and was actively involved in the lives of his nine grandchildren (Jenny, Mark, Zach, Chelsea, Kelly, Michelle, Kimmy, Megan & Jacob) and his seven great grandchildren. He was the big brother, Bobby, to his six siblings. Predeceased by Eddie & Peggy, the others, Dottie, Helen, Richie (Amanda) & Tommy are left with decades of fond and colorful memories! He was a positive role model and father figure to so many. Uncle Bob will be dearly missed. Bob was a proud veteran of the United States Army serving from 1962-1965. During his tour in Vietnam he served as a morse code interceptor specialist. He retired from IBM in 2001 - employed as a customer service engineer for 35 years. In his retirement he enjoyed hunting, fishing, tinkering on his land & metal detecting on the beaches of Florida. As a person of faith and devout Catholic, he lived a life serving others. He volunteered his time as handy man extraordinaire for the Dominican nuns in Elmira and routinely volunteered at the Most Holy Name of Jesus Parish food pantry. He was a member of the Knights of Columbus and volunteered with the Arctic League. He was a master craftsman, MacGyver-type, who could fix anything and inspired others to "think out of the box". He had a sense of humor, loved to tell stories, and always had a new joke to make you laugh. Remember this when you think of him and hum a tune or tell a joke to continue to spread his joy. Bob led a good life and had a peaceful death. He faced death and his mortality, as he did with his life, head on and strong in his beliefs. The family would like to thank our friends and family for their love, support and prayers. The staff at Strong Memorial Hospital and the Hospice team are appreciated for the great care they gave him over the past few weeks. To honor Bob, in lieu of flowers, please donate to your local food pantry or to The Harbor House of Rochester and do an unexpected and unsolicited act of kindness for someone. Family and friends are invited to a Mass of Christian Burial at St. Mary's Church, 224 Franklin Street, Elmira, on Thursday, August 19, 2021 at 10:00 a.m. The Composto family requests that masks be worn at church. A livestream of the Mass will be available through the Facebook page for Most Holy Name of Jesus Parish (https://www.facebook.com/ElmiraCatholic). Committal prayers and interment, with military honors, will follow at Woodlawn National Cemetery.
To send flowers to the family or plant a tree in memory of Frank Composto, please visit Tribute Store
Thursday
19
August

Share Your Memory of
Frank
Upload Your Memory View All Memories
Be the first to upload a memory!
Share A Memory
Send Flowers
Plant a Tree