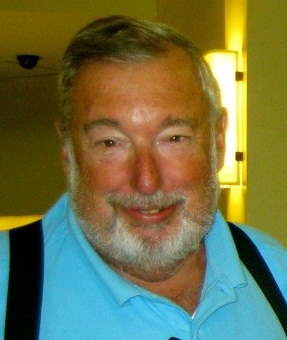 Age 79, passed away on Saturday, May 15, 2021. Reeve was born in Elmira, son of the late R. Scott Howland, M.D. and Louisa B. Howland. Reeve was also predeceased by his in-laws, A. Adolf and Evelyn Peterson, and his beloved dog, Lucy. Reeve is survived by his loving wife of 56 years, Karin Peterson Howland; son R. Scott Howland II with wife Jennifer Buckner Howland and their daughter Ella, of Steamboat Springs, Colorado; son Peter G. Howland with wife Peggy Moore Howland and their sons, Tim, Ben and Kip, of Carlisle, Pennsylvania; "Keuka" cousins Alice, Howy and Ross Holmes and their families; and brothers-in-law, John A. Peterson and Eric A. Peterson and their families. A 1959 graduate of Mercersburg Academy, Reeve studied mechanical engineering at Union College ('63) where he was a member of the football team and the Alpha Delta Phi Fraternity. Reeve began his engineering career at Hardinge Brothers, spent over a decade at Thatcher Glass, where work colleagues became life-long friends, and in 1979 became Plant Engineer at Facet Enterprises (the old Bendix plant), where he spent the remainder of his career managing the facilities and working to clean-up the premises from decades of industrial pollution, during which time he was certified as a Registered Environmental Manager. A source of institutional knowledge is one way to describe Reeve: of all things mechanical; of the old Facet "Plant" in Elmira Heights, and of Elmira itself. He served on the boards of the Chemung County Chamber of Commerce and the Environmental Management Council, was a member of the American Institute of Plant Engineers, the Chemical Hazard Information Team and the local Union College Alumni Club. Always a bit of a "character," Reeve enjoyed a good joke, was a curious source of entertainment for his grandchildren and, never one to do something the easy way, an exemplar of steady, hard work. Reeve enjoyed escaping an Elmira winter for a Florida beach and summer family dinners on the porch of the old family cottage on Keuka Lake. Honoring his wishes there are no prior calling hours. A private memorial will be held at the convenience of the family. Memorial contributions may be made to the AIM at Melanoma Foundation, 5729 Lebanon Road, Suite 144-305, Frisco TX 75034, Arnot Health Foundation, 555 St. Joseph's Blvd, Elmira NY 14901, or another local charity of your choice.
To plant a tree in memory of Reeve Howland, please visit Tribute Store

Share Your Memory of
Reeve
Upload Your Memory View All Memories
Be the first to upload a memory!
Share A Memory
Plant a Tree