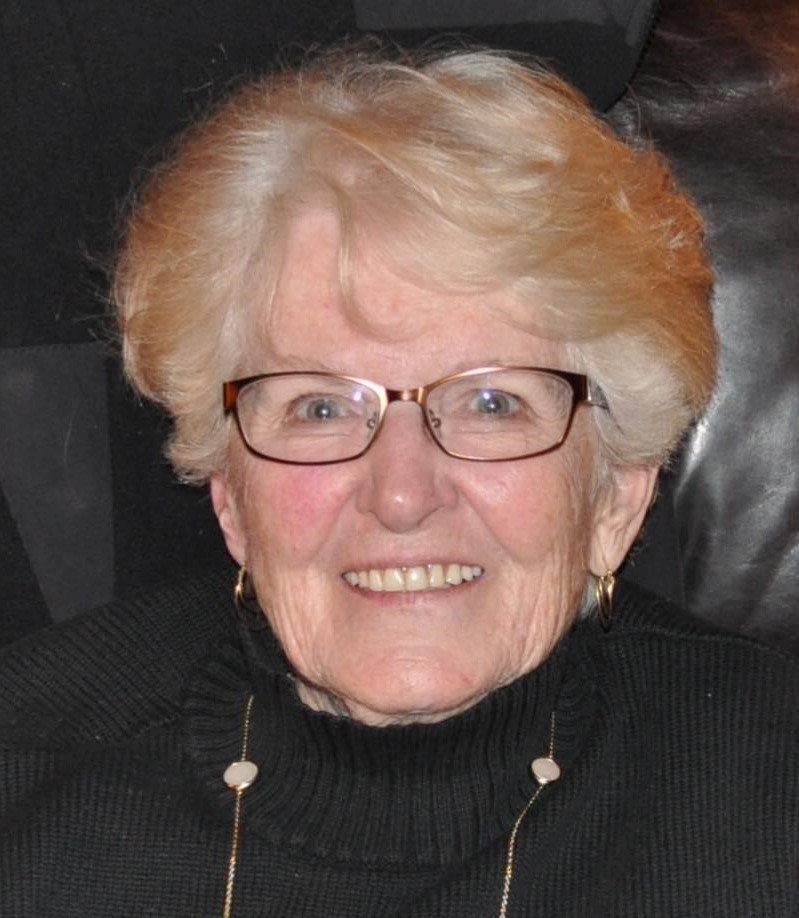 August 28, 1932 - April 6, 2021 Ann McLaughlin Fennell died peacefully at her El Paso, Texas, home on April 6, 2021. She was 88. She was the beloved wife of Matthias “Matt” Fennell, who died Dec. 4, 2020. The daughter of Maynard and Alice Hogue McLaughlin, Ann was born in Corning, N.Y., graduated from public high school and St. Joseph’s School of Nursing in Elmira, N.Y. She worked as a surgical nurse at Georgetown Hospital in Washington D.C., before returning to Elmira to marry Matt and start their life together. She was a member of the original cohort of the Nurse’s Health Study, which began in 1976 and was one of the first to investigate risk factors for major chronic diseases in women. After marrying, Ann managed the family and played an active role in their parish and schools in Elmira while raising 10 children. The family moved to El Paso in 1977, where Matt opened and managed a lighting components assembly plant for Westinghouse Electric. Ann was a founding member of a social and service club, the Twin Plant Wives, which welcomed new maquiladora families to the borderland and provided services, support and supplies to a Juarez orphanage. She was also a member of The Women’s Club of El Paso. Ann volunteered for Operation School Bell through The Assistance League El Paso and worked at the Thrift Shop the Assistance League operates to raise money for its philanthropic activities. For many years she served as an election judge for Precinct 21 at Carlos Rivera Elementary School. Ann returned to school in the 1980s, attending El Paso Community College to renew her nursing certification and confessed to crying at every birth during her labor and delivery clinicals. Ann was a voracious reader, a gifted baker, a talented stitcher, and an avid golfer, a member of the 18 Holers at Santa Teresa Country Club. She also had a robust sense of adventure and loved to get behind the wheel for long road trips that enabled her to spend time with her grandchildren and family in other parts of the country. In addition to her devotion to Matt, Ann was devoted to the Blessed Mother and wore the same Miraculous Medal since age 24. She believed that the Blessed Mother guided her and protected her family as it grew. Her spirit lives on in the family who survive her. They include Ann Simmons of El Paso; Molly (Bill) Manchenton of Lowell, Mass.; Matt Jr. (Carla) of Plano, Texas; Julie (David) Smykowski of Elmhurst, Ill.; Sheila (Frank) Castellano of Colorado Springs, Colo.; Tim (Alicia), Kate Carlson, Terrence (Adriana), and Ellen (Raul) Ordaz, all of El Paso; and Alice (Aksorn) Hongthong of Malverne, N.Y. Also, grandchildren: Matthias Simmons; Liam Manchenton; Brian, Jack and Emma Smykowski; Mary Kate, Phelan and Tony Castellano; TJ and Jackie Fennell: Linnea Carlson; Meagan, Patrick and Ryan Fennell; Karah and Vincent Ordaz; Annie Hongthong; and step-grandchildren Caitlin Keefe and Raul and Catalina Ordaz. A brother, Maynard “Mac” (Marilyn) McLaughlin of Shoreham, Vt.; sisters Sheila Reeder of Quakerstown, N.J., and Elizabeth Dolan of Sayre, Pa., brother-in-law Richard Bassney of Rochester, N.Y.; brother-in-law J. Peter Fennell and sister-in-law Kathleen “Sis” Fennell, both of Elmira, and dear friends Hannah and David D’Ottavio of El Paso and Casey Key, Fla. Preceding her in death are her son-in-law, Billy Simmons, brother Daniel McLaughlin, sisters Catherine Bassney and Alice McLaughlin, and in-laws Susan Fennell, Cathy McLaughlin, Richard Reeder, and James Dolan. Services will be private. The family wishes to thank Dr. David Dobrin and his staff, dear friend Blanca Escalante, and the staff of Hospice of El Paso for their care and comfort of both Matt and Ann in their final years. Contributions in Ann’s memory can be made to Assistance League El Paso, 2728 Yandell Drive, El Paso, Texas, 79903.
To plant a beautiful memorial tree in memory of Ann Fennell, please visit our Tree Store

Share Your Memory of
Ann
Upload Your Memory View All Memories
Be the first to upload a memory!
Share A Memory
Plant a Tree