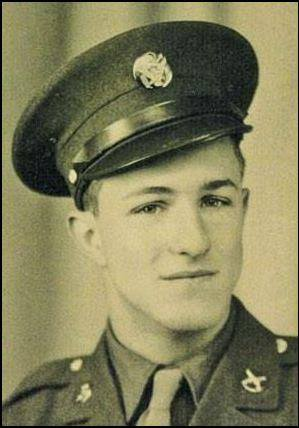 Frederick Weed Morgan of Elmira, age 97, passed away at Absolut Care of Three Rivers in Painted Post on Monday, March 1, 2021. Fred was born in Malone NY, son of the late William and Lydia Weed Morgan. He was predeceased by his loving wife of 65 years, Mary Edwards Morgan, on January 7, 2021. Fred was also predeceased by his son, Frederick, and his 6 siblings. He is survived by daughter, Katherine "Kate" Morgan, of Elmira; her spouse, Jeffrey Hall, and her children, Miki and Paul Takeuchi; great granddaughter, Megumi King-Takeuchi; brother-in-law, Donald Edwards, of Concord CA; many nieces, nephews and cousins. Fred and his family moved to Watkins Glen during his childhood. He was an early graduate of Watkins Glen High School during his senior year so he could volunteer for the U.S. Army during WW II. He was an M.P. and served on Liberty ships in the Atlantic and Mediterranean. Among the decorations earned during his military service were the American Campaign, European-African-Middle Eastern Campaign, Good Conduct and World War II Victory Medals. After the war Fred attended Syracuse University earning a B.A in philosophy. While at Syracuse he also played on the university basketball team. Fred went on to earn a Masters degree in education from SUNY Binghamton. He had a long teaching career with the Elmira City School District starting with Beecher School, on to Ernie Davis Junior High School and then to Elmira Free Academy until his retirement. Fred spent a good part of his career teaching American history and African/Asian history and cultures, he also taught college level sociology at Southside High School. Fred was active in the Chemung County Democratic Party, the Elmira City School Board and the New York State Teacher's Union for many years. He was a member of the Masons, the Sons of the American Revolution (SAR), the Southern Tier Retired Lions Club and was a life member of the Veterans of Foreign Wars (VFW). Fred was also a member of North Presbyterian Church and later Lake Street Presbyterian Church. He was devoted to daily exercise, riding his bike to work, even in the snow, and after his retirement walking several miles a day at the Arnot Mall. He was an avid collector of stamps, political buttons, and books. Fred was very active and outgoing; he loved his wife, his family, his many relatives, friends and former students and will be remembered fondly by all. Due to ongoing COVID restrictions services for both Fred and Mary will be held at a later date to be announced. Those wishing may remember Fred with a donation to the VFW- Veterans of Foreign Wars.
To plant a beautiful memorial tree in memory of Frederick Morgan, please visit our Tree Store

Share Your Memory of
Frederick
Upload Your Memory View All Memories
Be the first to upload a memory!
Share A Memory
Plant a Tree