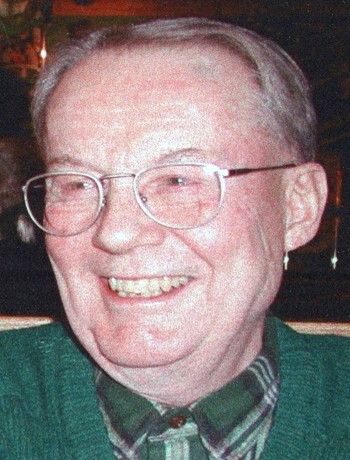 Alan Parsons, 92, of Elmira, passed away February 3, 2021 from complications of COVID-19. He grew up in Painted Post, NY, the son of Charles and Margaret (Young) Parsons. He graduated from Dartmouth College with a degree in American history, served honorably in the US Navy, and then made his way to Cornell Law School. He practiced law at Sayles and Evans in Elmira, retiring after a productive career of more than forty years. He was a trusted attorney and a good friend to colleagues. A faithful husband and father, his role as provider was never in doubt. He earned the rank of Eagle Scout and a was a competitive sailor who loved Keuka Lake. In his earlier years he enjoyed gardening and later, in retirement, he took up square dancing with his wife. He gave generously to many worthy causes while contributing much time and talent to both First and Lake Street Presbyterian Churches. He was a tireless advocate for Steele Memorial Library and was instrumental in organizing Elmira's inaugural Friends of the Library. Never one to seek attention or practice self-promotion, he would be gratified to be remembered as a reliable and responsible servant of his community and church. In the second half of life, his boyhood hobby of stamp collecting became an ardent pursuit. He travelled to stamp shows around the country and enjoyed both exhibiting and judging philatelic displays. He won numerous awards for his displays and delighted in time spent with other collectors. He filled leadership roles in local, statewide, and national philatelic organizations, culminating in a three-year term as Vice President of the American Philatelic Society. His hobby was a tremendous way to channel his lifelong interest in American history with a focus on New York State, the Southern Tier counties, and Elmira. In addition to his parents, he was preceded in death by his sister Lyda (Pudgy) Bruce, a newborn daughter, and local cousins John Parsons, Robert Smith, and his son Robert Smith Jr. He is survived by his wife, Joan; children, Peggy Susko (Greg) and Charlie Parsons (Margaret Brown) ; grandsons Matthew, Zachary, Luke, and Frank, and three great grandchildren Aiden, Landon, and Persephone. He is also survived by a sister, Gaynor Coassin, a cousin, Fred Parsons, and many nephews and nieces. The family wishes to express gratitude to Woodbrook Assisted Living and the Arnot Medical Center for their care of Al in his final days. Alan’s service will be held on Friday, July 9, 2021, 1:00 p.m., Woodlawn National Cemetery, at which time military honors will be accorded. All are welcome. In lieu of flowers, memorials may be made to the Chemung County Historical Society, 415 E. Water St., Elmira, NY 14901 or online at https://www.chemungvalleymuseum.org/make-donation
To send flowers to the family or plant a tree in memory of Alan Parsons, please visit Tribute Store
Friday
9
July

Share Your Memory of
Alan
Upload Your Memory View All Memories
Be the first to upload a memory!
Share A Memory
Send Flowers
Plant a Tree