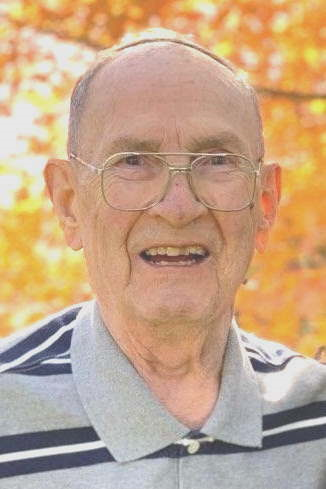 Age 91 passed away peacefully at his home, with his loving family at his bedside, on Tuesday, December 1, 2020. Carl was born in Elmira, son of Carlyle J., Sr. and Isabelle (Grover) Drake. He was predeceased by his loving wife Rae Catherine Drake on January 14, 2012. He is also predeceased by brothers, Fred and Richard Drake. Carl is survived by his children and their families, Lindy A. and Paul DiPietro of Elmira with children, Andrew DiPietro and Kara (Michael) Collins … David and Betsy Drake of Pine City with children, Jolene (Willie) Sherman and Mathew (Brandy) Andrews … Carrie and Jeffrey Roberts of Charlton NY with children, Maggie and Ben Roberts; great granddaughter Hailey Collins; step great grandchildren, Colin and Carter Sherman; sister and brother-in-law Jeanne and George Osborne of Ocala FL; brothers-in-law Patrick Leyden of Victor NY and Michael Leyden of Charleston IL; along with several nieces and nephews. Carl was a US Army veteran serving during the Korean War. He was the longtime owner of Drake's Hearth and Home located in the Drake Plaza on Elmira's Southside. Carl was active in the community on both sides of the river. In Southport, where his business was located, he served on the board of directors of the Southport Business Association and was a member of the Southport Kiwanis Club. For the Town of Elmira, Carl was one of the original members of the West Elmira Volunteer Fire Department, was chairman of the West Elmira Town Zoning Board of Appeals, and served as head of the West Elmira Recreation Commission that was instrumental in building the West Elmira pool. His wife Rae always said he was made president or chairman of any group he joined! With any spare time left, Carl and Rae were active in the local square-dancing groups, where Carl took on the additional role of Roundance Caller. Carl, a devout Catholic, was an active communicant of Our Lady of Lourdes Church, where he served as an usher and worked on various church committees. The consummate gentleman, Carl was kind, generous, a good listener, and when asked, gave good advice….he will forever be loved and missed. A private service will be held at Our Lady of Lourdes Church, after which burial, with committal prayers and military honors, will follow at Woodlawn Cemetery. Those wishing may remember Carl with a donation to either CareFirst, 3805 Meads Creek Road, Painted Post NY 14870, or Meals on Wheels, 409 William Street, Elmira NY 14901. Carl's family sends many thanks to Dedee and her wonderful group of care givers who took such good care of Carl the last two months.
To plant a tree in memory of Carlyle Drake, please visit Tribute Store

Share Your Memory of
Carlyle
Upload Your Memory View All Memories
Be the first to upload a memory!
Share A Memory
Plant a Tree