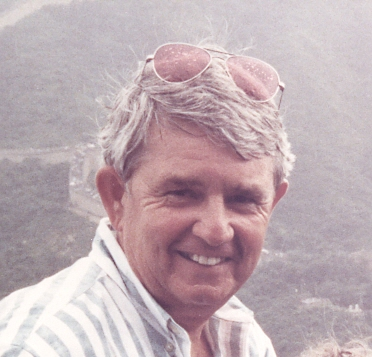 Please share a memory of Robert to include in a keepsake book for family and friends.
View Tribute Book
Elmira: died on Saturday, November 14, 2020 at Arnot Ogden Medical Center. Born February 2, 1936 to Mary Parker and Robert Lambert, he was their only child. While at Painted Post High School he played football and baseball which he continued at Hamilton College. Bob was predeceased by his mother-in-law and father-in-law Anne and Jack Ryan; brother-in-law Tom Ryan; and his two best buddies. Bob is survived by his wife of 32 years, Peggy Ryan of Elmira; her sons, Chris (Elizabeth) Lowery, GA and Patrick Lowery, Nanuet, NY; his two daughters, Fuller Crosby and Lael (Todd) Jepson, both of Portland ME; sister-in-law Jeanane Ryan, SC; brothers-in-law, John (Gail) Ryan, Elmira, Jim (Jeanne) Ryan, Norcross GA; along with six grandchildren and several nieces and nephews. Bob was a U S Army veteran proudly serving between 1957 and 1960, attaining the rank of Sergeant. Bob was stationed in Germany where he was a radio operator. It was while in the military, when he was on leave, that Bob traveled throughout Europe, enjoying seeing new places and meeting different people. Upon returning home he was employed by Prudential Insurance Co. for more than three decades. His wanderlust followed him always, with the accompanying photo being taken on a trip to the Great Wall of China. Most recently he and Peggy completed a trip to Chile, Antarctica and around Cape Horn to the Falkland Islands Bob's best times at home were shared with family, and golfing buddy Jim Frawley and fishing buddy Chuck Richardson. A Memorial Mass of Christian Burial will be held for Bob on Wednesday, June 30, 2021, 11:00 a.m., St. Mary’s Church, 224 Franklin Street, Elmira. Masks are requested at the church. A livestream of the Mass will be available through the Facebook page for Most Holy Name of Jesus Parish (https://www.facebook.com/ElmiraCatholic). Honoring Bob’s service to his country, military honors will be accorded outside of the church immediately following the Mass.
To send flowers to the family or plant a tree in memory of Robert Lambert, please visit Tribute Store
Wednesday
30
June