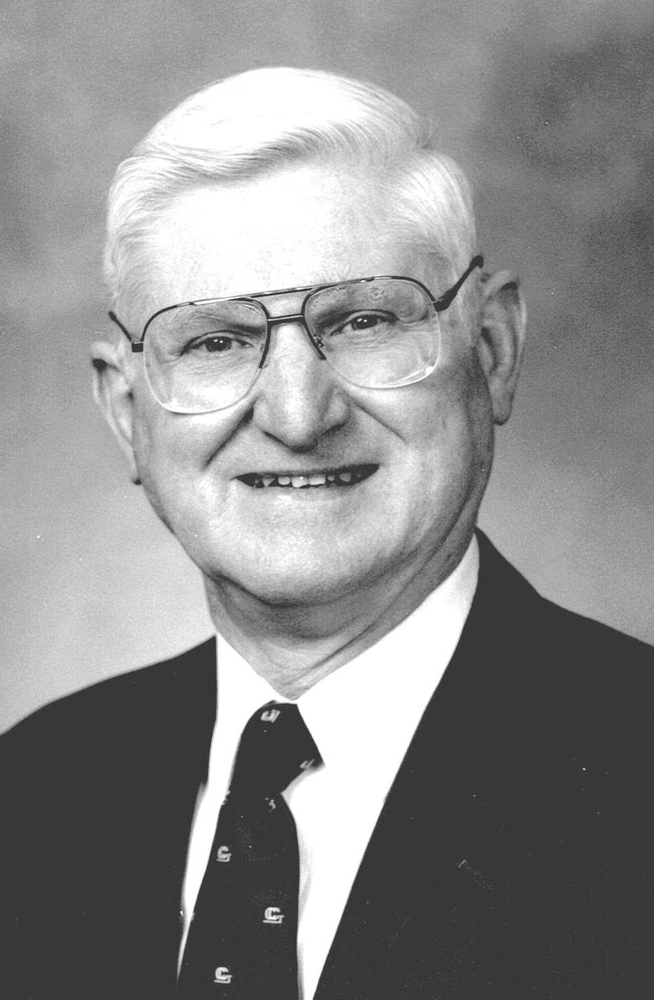 age 90, of Elmira, passed away on November 16, 2020 from complications of Covid-19. There will be no calling hours. A private Mass of Christian Burial will be said on Wednesday, November 18th at St. Mary's Catholic Church in Elmira at 11 A.M. A livestream of the Mass will be available through the Facebook page for Most Holy Name of Jesus Parish (https://www.facebook.com/ElmiraCatholic). Interment will be at St. Peter and Paul's Cemetery. John was born on December 24, 1929 to Benjamin P. and Leah M. Brown Hintz of Elmira. He was predeceased by his wife Loretta C. (nee Collins), who passed in 1999 and wife Mary Esther (Motiska, nee Costello) who departed in 2019, his brother, Edward T. (Mary) Hintz, sisters Margaret A. (Francis) McDonald, Ann (known as Pat) (Jack) Bennett and Rosemary (Tom) O' Buckley. John and Loretta, married for 49 years, raised two daughters, Alice H. (Harold) Boxer of Mt. Kisco, NY and Eileen H. (Myron) Maslowsky of Fairfax, VA and two sons, Timothy C. Hintz (Gayle Corwin) of Torrance, CA, and Gregory J. Hintz of Hammondsport, NY. All survive their father. His five grandchildren, Sarah (Vincent) Altieri, Christine (Kristopher) Neuharth, Michael Maslowsky, Steve Maslowsky (Genger Charles), Nathan Hintz and four great-grandchildren, Ava and Grant Neuharth and Emma Rose and Catie Ann Altieri were a special source of love, happiness and vitality for him. John is also survived by several cousins, nieces and nephews. John, a member of the Elmira Free Academy class of 1948, attended Villanova University and graduated from Elmira College. With the exception of three years of service in the U.S. Army in the early 1950's, John lived his entire life in Elmira. He was a long-standing employee of the Chemung Canal Trust Company, joining that institution (and meeting his wife, Loretta) in 1949 and retiring as Executive Vice President 44 years later. As a commercial loan officer, he assisted many local businesses. He and Loretta joined St. Mary's parish in 1955 and remained communicants there until their respective deaths. He and Mary Esther were also active St. Mary's parishioners. John was also a member, for more than 50 years, of the Elmira City Club and also contributed to the efforts of various other local and state organizations. John was an avid reader who, until recently, remained a daily consumer of the New York Times and several books per year. He could learnedly discuss local history, world affairs, sports, and finance. He was also a talented gardener whose flowers and vegetables were widely admired. The results produced through his cooking and baking skills were renowned and often at the center of family gatherings. His family was paramount in his thoughts and deeds, as exhibited by his devoted care of Loretta and Mary Esther during their respective illnesses. John was always eager for conversation with children and grandchildren to hear of the latest antics of the younger members of the family. A memorial service will be scheduled for a date in the future. The family would like to express thanks to the caring medical professionals at Arnot Ogden Medical Center, especially the devoted and compassionate nursing staff of floor 5D, the Covid care floor. In John's memory, donations may be made to the John B. and Loretta C. Hintz Fund administered by the Community Foundation of Elmira-Corning and the Finger Lakes at 301 South Main Street, Horseheads, NY 14845 or through www.communityfund.org.
To plant a tree in memory of John Hintz, please visit Tribute Store
Wednesday
18
November