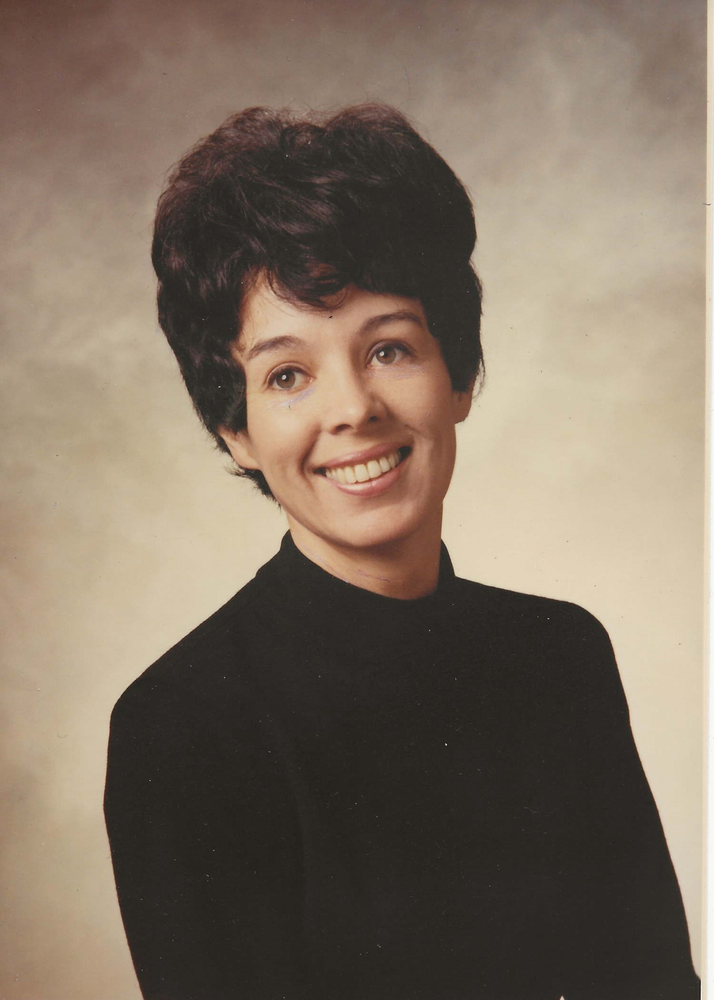 Age 85, of Elmira, NY died peacefully on Sunday, November 1, 2020 at Elcor Nursing and Rehabilitation Center in Horseheads, NY. Elizabeth (Libby) was born February 2, 1935 in Westfield, NJ, the daughter of the late Milton Keene Harkrader and Elizabeth Dyer Evans. Libby graduated from Westfield High School in Westfield, NJ in 1952. She completed her pre-nursing studies at Beaver College in Jenkintown, PA and graduated from Columbia University-Presbyterian Hospital School of Nursing in 1957. On July 21, 1956, Libby married her husband of 59 years, the late George Lowman Howell, who predeceased her in 2015. Upon moving to Elmira, Libby continued her graduate studies at Elmira College. In her early career, she worked as a Medical/Surgical Nursing Instructor at the Arnot Ogden Memorial Hospital School of Nursing and was a founding member and Production Editor of the Finger Lakes Chronicle, a local Elmira magazine publication. Libby was a fierce advocate for women's reproductive health services and reproductive rights throughout her lifetime. In the late 1960s, Libby helped with the founding of Planned Parenthood of the Southern Tier with Dr. Edward Grandt, a local physician. She enjoyed a 30-year association with the organization before retiring as Executive Director in 1998. Libby received Planned Parenthood's Margaret Sanger-Katharine Houghton Hepburn Award in 2004. She was also affiliated with AIM Independent Living Center and was the former Executive Director of the group now known as Pathways. Libby was active in community service and served as a member of the Board of Trustees of the Chemung Valley Montessori School, a member of the Finger Lakes Health Systems Agency, Dispute Mediator for the Neighborhood Justice Program, a Board member of Community Service Board of Chemung County, President of the Family Planning Advocates of New York State, Chair, Evaluation Committee of the United Way of Chemung County, Nurse Volunteer for the Red Cross of Chemung County, National Board Member, Planned Parenthood Federation of America, President of the Junior League of Elmira, President of the Planned Parenthood of the Southern Tier, President of Genesee Region Family Planning Program, and Vice President, Alcoholism Council of Chemung County. A parishioner of Lake Street Presbyterian Church, Libby was also a member of Grace Episcopal Church. She taught Sunday School and was Sunday School Superintendent at Lake Street Presbyterian Church and assisted with the after-school program for many years. A voracious reader and collector of books, Libby instilled a love of reading in her children and grandchildren. She was an avid tennis player, an accomplished gardener, a collector of antiques, and a devoted animal lover, especially for those that she could rescue. In addition to her late husband, she was predeceased by her brother-in-law, Fred E. Howell in 2020. Libby is survived by her daughters Katherine H. Roehlke (Thomas) of Elmira, NY and Sarah B. Howell (Jennifer Donahue) of Seattle, WA; grandchildren Emma K. Roehlke of Boston, MA; Benjamin T. Roehlke of Boston, MA, and Charles Donahue of Seattle, WA; brother and sister-in-law Milton Keene, Jr. & Nina Harkrader of Fairfield, CT; and sister-in-law, Janet H. Howell of Amesbury, MA; and several nieces and nephews. A Memorial Service will be held for Libby on Monday, November 1, 2021 at 2:00 p.m. at City of Light Church (formerly Lake Street Presbyterian Church), 300 Lake Street, Elmira. Interment will follow at Ashland Cemetery, Wellsburg, NY. Memorial contributions may be made to either Planned Parenthood, 620 W. Seneca St., Ithaca, NY 14850; Grace Episcopal Church, 375 W. Church St., Elmira, NY 14901; or Lake Street Presbyterian Church (c/o Capital Fund), 300 Lake St., Elmira, NY 14901. The family would like to extend a special thank you to Libby's many caregivers, who provided excellent care for her during the past five years. Thank you additionally to the health-care workers and staff at Elcor for their compassionate care during Libby's final three months.
To send flowers to the family or plant a tree in memory of Elizabeth Howell, please visit Tribute Store
Monday
1
November

Share Your Memory of
Elizabeth
Upload Your Memory View All Memories
Be the first to upload a memory!
Share A Memory
Send Flowers
Plant a Tree