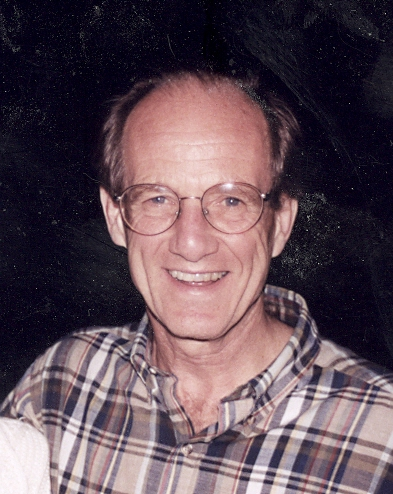 "Bill" passed away peacefully on Tuesday, October 13, 2020, at the age of 84 years old in Elmira, NY. Born on June 20, 1936 in Ithaca, NY, Bill was a person of integrity and ambition, even as a young man. In the summer of 1958, when he was 22 years old, Bill met the love of his life, Connie Conrad, while he was home in Ithaca on a college break. A whirlwind courtship ensued and the couple was married just 2 months later in September of 1958. Connie and Bill moved to Cambridge, MA, as husband and wife, so that Bill could finish his senior year at Harvard. When they returned to Ithaca in 1959, Bill started Law School at Cornell and Connie resumed her senior year at Cornell. After graduating from Cornell, Bill took a job at the Elmira, NY law firm Sayles, Evans, Brayton, Palmer, and Tift, where he worked as a partner until 2001, specializing in real estate and wills. Bill was very proud of his four children and creating family memories. He took the family on many trips to historic New England cities and vacations in Vinalhaven, ME and Quimby Country in Averill, VT. Bill also enjoyed traveling with Connie to Italy, England, and South America on walking trips. Bill will be remembered for his generosity in supporting his passions—the outdoors, the arts, and his family. He served on the boards of the Arnot Art Museum, Tanglewood Nature Center, and Park Congregational Church in Elmira, as well as other non-profit organizations. Bill attended the many sporting events of his children and grandchildren and cheered them on in wrestling, football, track, and baseball. Bill played tennis and squash weekly and developed lifelong friendships on the courts. Many people will also remember Bill puttering away in his garden out in front of their house on W. Water St. He loved creating spaces outdoors and always had plans in the works for new gardens, hedges, and patios. Later in life you could see Bill and Connie taking long walks together in West Elmira. Bill is survived by his wife of 62 years, Charlotte "Connie" Conrad Morse, children Katrina Morse, Douglas Morse (Mary), Robert Morse (Karen), and Belinda Morse, as well as 8 grandchildren: Kyle Skutch, Eric Skutch, Brooke Welch, Douglas Morse (Casey), Cody Morse (Michaela), Paula Morse, John Morse, Schuyler Morse, and 7 great grandchildren. He is also survived by his brother Robert "Bob" Morse (Rachel) and nephew Paul Morse (Anna) and his grand-nephew Sebastian Morse. Bill is predeceased by his parents H. Lorraine Morse and Lewis Wilbur Morse, Sr. "Lew." A family memorial service will be held in the Spring. In lieu of flowers, contributions in memory of Bill Morse can be made to Tanglewood Nature Center, 443 Coleman Avenue, Elmira, NY 14903.
To plant a tree in memory of Lewis Morse, please visit Tribute Store

Share Your Memory of
Lewis
Upload Your Memory View All Memories
Be the first to upload a memory!
Share A Memory
Plant a Tree