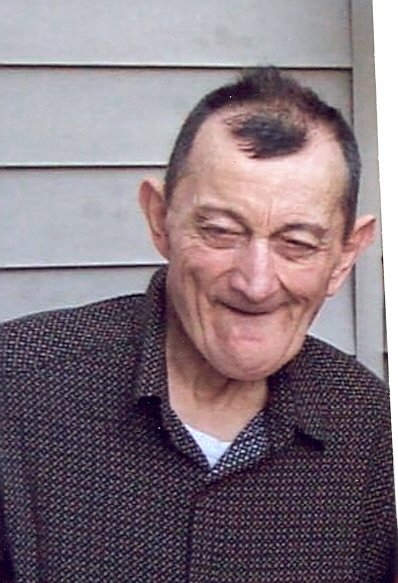 Age 76, died, Tuesday, April 28, 2020 at Pathways ICF group home in Painted Post, releasing him from a life of intellectual impairment and poor health. He is predeceased by his parents Harry and Emma Coletta Tarby and his brother Tom. Harry is survived by brother Michael Tarby of Elmira with his wife Faith and their children, John Tarby, Jennifer Barry, Monica Tauroney, Melissa Wasko; brother Nick Tarby of Elmira with his wife Porky and their children, Nicky and Jeff Tarby, Darcy Baker, Tina Capozzi and Kristie Osgood. Harry spent most of his life living in various State Operated IRA group homes and most recently Pathways ICF group home in Painted Post. The family is appreciative of the care he received that enabled him to lead a life to the fullest of his ability. He had a keen sense of humor along with an infectious smile. He loved to listen to music, wear a baseball hat and dark sunglasses. Harry was also an avid John Wayne fan. He rarely missed attending program on a daily basis where he displayed a very strong work ethic by performing simple tasks and enjoying community with other residents. In his off hours Harry greatly enjoyed attending community events, shopping, and long van rides with the staff, who treated Harry with compassion and respect. The staff of his group home often made it possible for Harry to visit Elmira. He thoroughly enjoyed gatherings at Mike and Faith's home for picnics, where encouragement, love and support was offered by numerous family members. He so looked forward to visits at his residence by family and became so excited in anticipation of the visit, that staff would wait until that day to tell him of the impending visit. That said, however, he did not hesitate to tell you "You go now" when he was ready to return to his own schedule. Now it is with a heavy heart that we say "You go now, Harry". If you would like to honor Harry in some way, the family asks that you do so by sharing a smile and a kind gesture with someone. A Mass of Christian Burial will be held for Harry at a later date.
To plant a tree in memory of Harry Tarby, please visit Tribute Store

Share Your Memory of
Harry
Upload Your Memory View All Memories
Be the first to upload a memory!
Share A Memory
Plant a Tree