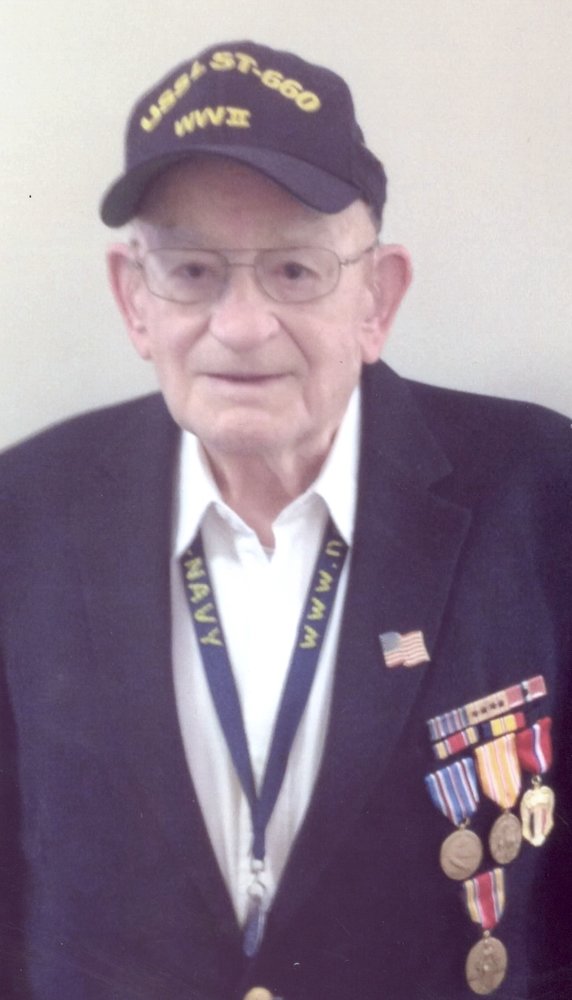 Age 94, passed away Friday April 24, 2020. Don was born November 5, 1925 in Riverside NY, the son of Erwin and Estella (Williams) VanSile. He was predeceased by his wife Miriam Stull VanSile, son Harold Stull, sisters, Bernice Card Inez Hilton, Arlene Mapes, Margaret Saubier, and brother George Cole. Don is survived by daughter-in-law Leslie Stull of Horseheads with children, Trevor (Marilee) Stull, Eric (Angie) Stull; daughter Cindy McGuire and husband Tom with their children, Scott (Tina O'Herron) McGuire, Lauren (Jeff Frasier) McGuire; son Dana Stull and wife Peggy, with their children, Jason (Petra), Danessa (Juan) Galvez, Krista (Shane) Periandri; 10 great grandchildren; 13 great great grandchildren; along with numerous nieces and nephews. Don was a decorated WW ll Naval combat veteran who served in the Pacific in the liberation of the Philippines, proudly serving on the USS LST660. He was never idle and could fix a kids bike or build a home from the ground up, and did. If you knew him you had a willing repairman on call! An avid hunter, Don managed his own woodland, also growing, logging and milling lumber he used to make furniture to give away. He stocked the family woodpiles using his home made splitter and a tractor he rebuilt using an old car. Don was a member of Central Baptist Church and the Big Flats American Legion. Don's devotion and dedication to his country was only equaled by his love and dedication to his wife Miriam. His steadfast loyalty to his shipmates only matched by his love for his family. His memory resides with us in things like a fire ring, a piece of furniture, a deer blind and in the things we only can do because he taught us how. A private service will be held at a later date. Donations in Don's memory may be made to SPCA, 2435 State Route 352, Elmira NY 14903 or the Big Flats American Legion, 45 Olcott Road South, Big Flats NY 14814.
To plant a tree in memory of Donald VanSile, please visit Tribute Store

Share Your Memory of
Donald
Upload Your Memory View All Memories
Be the first to upload a memory!
Share A Memory
Plant a Tree