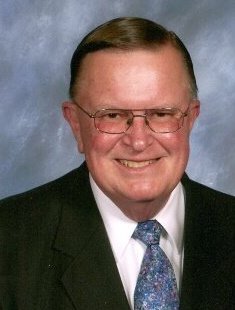 Age 75, passed away peacefully at the Arnot Ogden Medical Center on Saturday, January 25, 2020. Bob was born in Richmond Hill NY, son of the late Edwin and Marie Lunn Bell. He was predeceased by son Don R. Bell. Bob is survived by his wife of 29 years Katharine A. "Kammie" Morrisey; son and daughter-in-law Thomas R. and Lilia R. Bell of Atlanta GA; father-in-law and mother-in-law J. William and Frances Morrisey of Elmira; brothers-in-law and sisters-in-law, James William III and Karen Morrisey of Canton OH, John Michael Patrick and Betsy Morrisey of Elmira, Margaret and Steve Parker of Ocean Reef FL; and many beloved nieces and nephews. (He loved being their "Uncle Bob.") As a husband, father, uncle, neighbor, and friend, Bob loved to bring people together for food, drinks, stories, jokes, celebrations, public service, and mutual support. He made friends easily and often, giving and inspiring generosity, joy and love. He saw the best in people, cheered their hearts, championed their potential, and bragged about their accomplishments. Bob enjoyed boating, driving, and flying: anything that could move him through the world in search of the next adventure. Although raised in New York City, he developed an early delight in camping, canoeing, cross-country skiing, and other outdoor activities that he shared with his family and friends. He loved the ocean and beaches, particularly the Jersey Shore, and he spent many of his happiest summer days at a family cottage in Beachwood, and at Island Beach State Park, both of which he loved to share with family and friends. A Boy Scout in his youth, he served as a Cubmaster and an Assistant Scoutmaster when his sons were in the Boy Scouts. Bob had a lifelong love of airplanes, encouraged in his youth by his mother who let him ride the trains to LaGuardia and JFK airports to watch the planes. An air traffic controller in the U.S. Naval Reserves, Bob went on to have a 28-year career with the Federal Aviation Administration, retiring from the Flight Services Station at Elmira/Corning Regional Airport, where he met his wife Kammie. Bob volunteered for 17 years with the Finger Lakes Chapter of the American Red Cross, 12 of those years on the board of directors. He served as a government liaison for American Red Cross Disaster Relief Services, responding to many disasters around the country, including the 9/11 attacks. For these services, he was honored with several awards from the Red Cross, and in 2009 received the Jefferson Award for Public Service. At the First Presbyterian Church of Elmira, Bob was an active volunteer, deacon, elder, and served as Moderator of the Presbytery of Geneva. He loved his church family, leaned on their prayers and support in his own times of need, and was grateful for the spiritual support and mentorship of Pastor Betsey Crimmins. Bob loved his wife Kammie with all his heart and spoke often of how she had widened his world and enriched his life. When told this, Kammie insisted it was Bob who had done this for her. Their many dear friends and family know that both of them are right, and that, together, they have done the same for all of us. Family and friends are invited to attend a Memorial Service at First Presbyterian Church, 1054 Clinton St., Elmira NY 14905, on Wednesday, January 29 at 11:00 a.m. Bob will be buried at Woodlawn Cemetery at a later date. In lieu of flowers, those wishing may remember Bob with a donation to either the Finger Lakes Chapter of the American Red Cross, 11371 LPGA Drive, Corning NY, 14830 or First Presbyterian Church of Elmira, 1054 West Clinton St., Elmira NY 14905.
To send flowers to the family of Robert Bell, please visit Tribute Store
Wednesday
29
January

Share Your Memory of
Robert
Upload Your Memory View All Memories
Be the first to upload a memory!
Share A Memory
Send Flowers