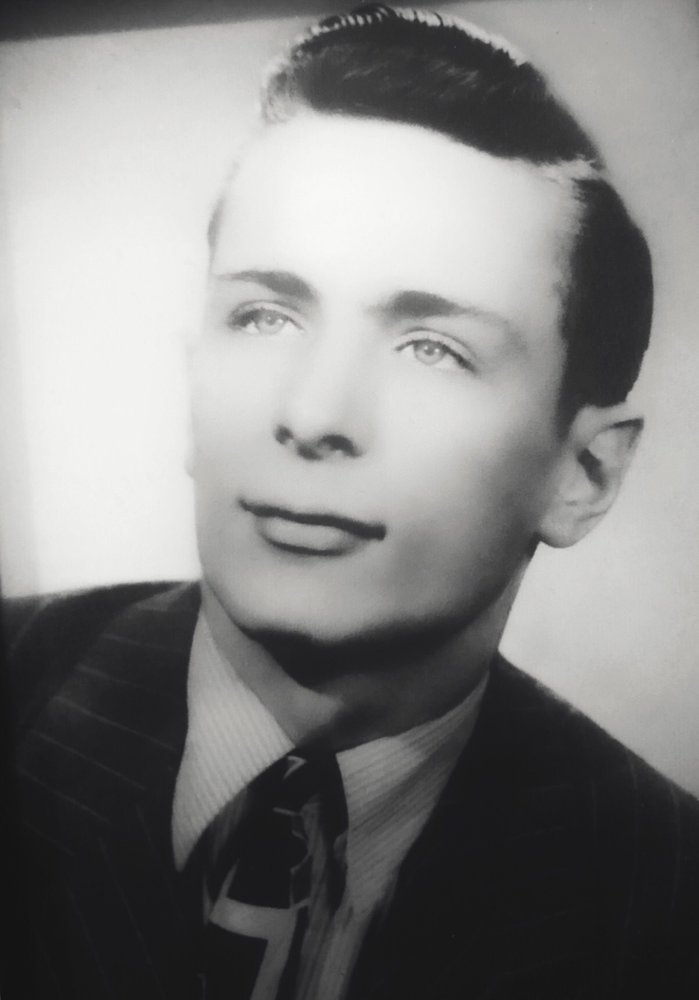 Age 87, of Elmira, passed away on Wednesday December 5th, 2018 at home, surrounded by family. Affectionately known as Bill, he was born in Waterloo, Iowa on October 6th 1931. Bill was the son of the late Francis and Lucille (Chambers) Hurley. He was predeceased by his loving grandson, Eric Anton Kraft in 2005. Bill was also predeceased by siblings Richard (Dick), Francis (Frank), Patricia (Clark) Hurley. Bill is survived by his loving companion and dear partner of 43 years, Sharon Mashanic. He's also survived by his daughters and sons-in-law, Cynthia and Cary Kraft of Trabuco Canyon, CA., Patricia & John Thompson of Elmira (& their dog Jack); grandchildren, Andrew Ruth of Elmira, Adam (Amanda Stratton) Ruth of Elmira, Katherine Thompson of Delaware, Kimberly Kraft of California, and loving great-grandsons Henrik Matthew & Owen William Ruth. Bill is survived by siblings Kenneth ("bro") and Sharon Hurley of Florida and Dennis and Shirley Hurley of Iowa. Bill is also survived by his former son-in-law and friend Richard Ruth. After graduating high school he left for the Navy, which he proudly served for four years. He then earned a B.A. of Sociology from the University of Iowa and later a M.S.W. from Syracuse University. He was a Senior Parole Officer for the NYS Division of Parole at the Elmira Correctional Facility until his retirement in 1989. After retirement, Bill spent a great deal of his time traveling extensively throughout the world and was a frequent patron of local Jazz clubs through the Twin Tiers Jazz Society that included Green Pastures, Horigans, Patrick's, the Starlite Room. Bill also was a member of the Chemung County Commission of Criminal Justice and he ran for Chemung County Sheriff twice; he was a tried and true blue Democrat. Bill's legacy will be his devotion, love, kindness, unselfishness, and generosity to his family and friends. Lastly, the family would like to extend their gratitude and appreciation to Bill's grandson Andrew who was his steadfast caretaker in his final year. Family and friends are invited to McInerny Funeral Home, 502 W. Water St., Elmira, on Monday, December 10, 2018 from 4:00 p.m. to 6:00 p.m. A funeral service will follow at 6:00 p.m. Interment, committal prayers, and military honors will take place on Tuesday, December 11, 2018, Woodlawn National Cemetery at 11:00 a.m. In lieu of flowers please make donations to CareFirst, 3805 Meads Creek Road, Painted Post NY 14870-9509. The family would like to extend their thanks and appreciation to CareFirst Hospice and Corning Guthrie Hospital.
To send flowers to the family of William Hurley, please visit Tribute Store
Monday
10
December

Share Your Memory of
William
Upload Your Memory View All Memories
Be the first to upload a memory!
Share A Memory
Send Flowers