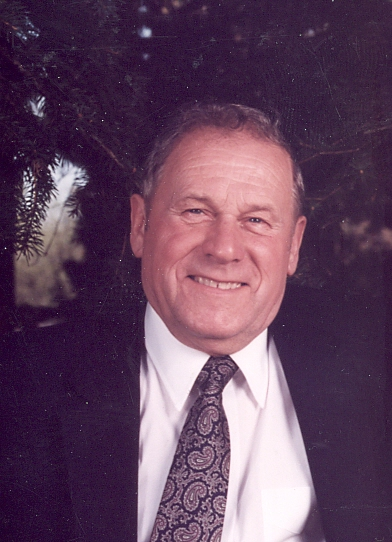 Please share a memory of Edward to include in a keepsake book for family and friends.
View Tribute Book

Ed was a 1948 graduate of Thomas A. Edison High School where he was an outstanding athlete, playing both football and basketball. He played for the legendary Edison football coach Al Northrup. As a freshman, Ed was called up to the varsity football team, scoring three touchdowns in his first game. After high school Ed played semi-pro football for the Iroquois Chiefs for two seasons. Ed was offered a tryout with the Pittsburgh Steelers before being drafted. He served in the U.S. Army from 1951 to 1953. He worked as a carpenter for William Pike for several years, building houses in the Elmira/Horseheads area. He then went to work as a carpenter for Chemung County from where he retired. His carpentry skills included making furniture and building repairs for his family. He was known to get up onto a roof well into his retirement years. Ed has been inducted into the Thomas A. Edison, Chemung County, and Section 4 Halls of Fame. He enjoyed golfing, fishing, and going to the Finger Lakes Racetrack. Ed had a great sense of humor and liked a good breakfast at Light's Bakery in Elmira. Ed was a great family man and loved attending the sporting events of his grandchildren as they were growing up.

The family extends their gratitude to the staff of St. Joseph's Hospital SNF who cared for Ed during his stay. A special thanks to Amanda Parmelee for her loving devotion.

To send flowers to the family or plant a tree in memory of Edward Sobkowski Jr., please visit Tribute Store
Thursday
5
January

Share Your Memory of
Edward
Upload Your Memory View All Memories
Be the first to upload a memory!
Share A Memory
Send Flowers
Plant a Tree