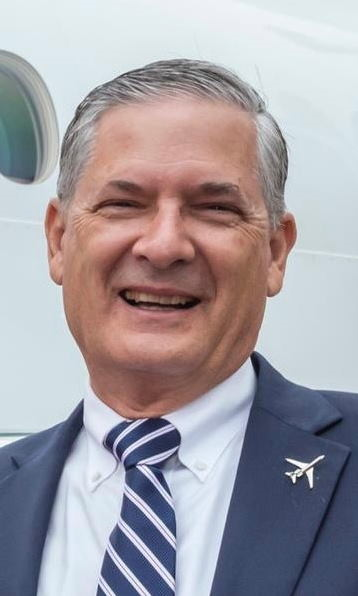 Obituary of John A. Moretti Jr.

Please share a memory of John to include in a keepsake book for family and friends.
View Tribute Book
John A Moretti Jr, passed away on Saturday, December 10th, 2022 at the age of 68, surrounded by his loving family, in the home that he built. He is survived by his wife Polly, of 32 years; his three beloved children: Benjamin, Daniel, and Anna. In addition, he leaves behind his five siblings: Sharon Jameson (Alan), August (Audrey), Michael, Carol, and Maria Bernitt (James), as well as numerous cousins, nieces, nephews, and a host of very dear friends. John was born to John and Dorothy Moretti here in Elmira, New York. He grew up in the family home on Euclid Avenue and attended St. Anthony’s Church and School until moving on to Notre Dame High School where he was a graduate of the class of 1973. He went on to attend Elmira College and later, Syracuse University - graduating with an MBA. As he grew into adolescence, work centered around the family restaurant where he served as a busboy and dishwasher. His interest in flying drew him to the Elmira airport where he worked as a Line boy while studying to attain his pilot’s license. Thus began a 50-year career flying everything from Super Cubs at Schweizer’s, to Falcon Jets for Corning Incorporated. His later career with Dassault Falcon Jet took him around the world while forging lifelong friendships. John married his wife Polly in 1990 and went on to have three wonderful children. They raised their family between the home they built in Elmira, and the Moretti family cottage on Keuka Lake, where John spent summers as a child. John was a proud member of the community, always doing his best to support local businesses and serving as a loyal volunteer to his church, Eldridge Park, and the Finger Lakes Boating Museum. He will be greatly missed by all who had the pleasure of knowing him. Farewell to “The Master Captain”, may your skies be clear, and seas be calm. Any donations in John’s honor can be directed to the Finger Lakes Boating Museum, 8231 Pleasant Valley Road, Hammondsport, NY 14840 Family and friends are invited to McInerny Funeral Home, 502 W. Water Street, Elmira, on Friday, December 16, 2022, from 3:00 p.m. to 6:00 p.m. A Mass of Christian Burial will be held for John on Saturday, December 17, 2022, 1:00 p.m. at St. Patrick's Church, 640 Park Place, Elmira.
To send flowers to the family or plant a tree in memory of John Moretti Jr., please visit Tribute Store
Friday
16
December