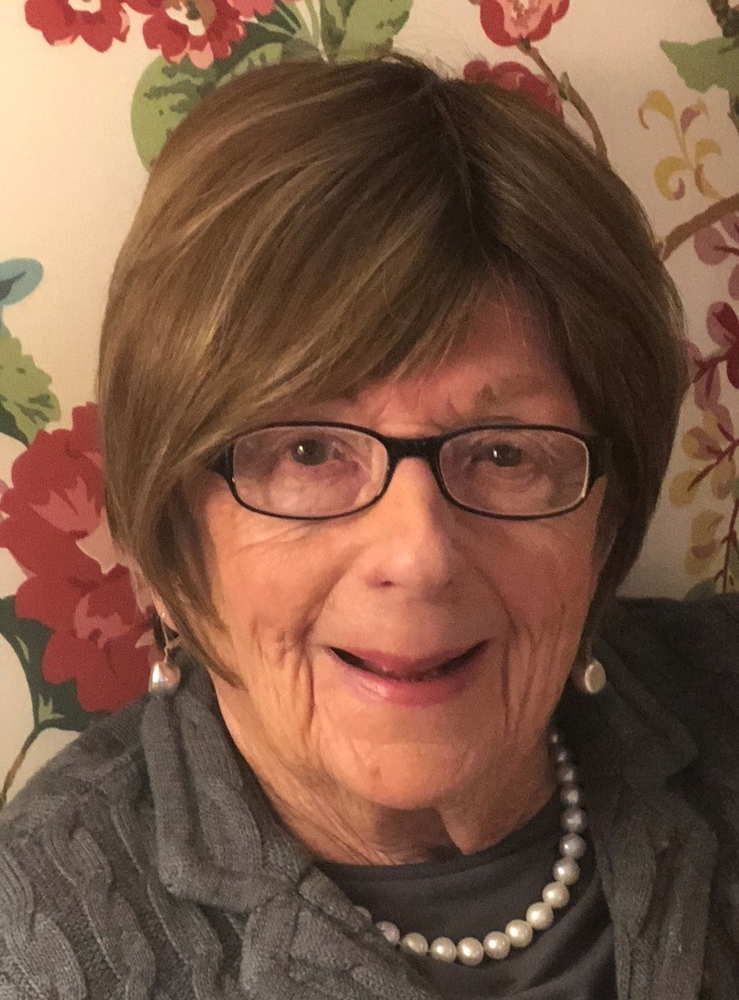 Please share a memory of Mary Ann to include in a keepsake book for family and friends.
View Tribute Book
Mary Ann Hogan Kasper passed away on June 16, 2022, after a brief illness. Mary Ann was born on April 23, 1924, the daughter of Joseph Hogan and Agnes Ryan Hogan. She attended Southside High School and graduated magna cum laude from Elmira College, being awarded the H. Adelbert Award for Excellence in the Classics. After graduation, she taught Latin in Cooperstown, NY, where her sweetheart, Eldon, returning from WWII, proposed to her in Adelaide Lippit's parlor. They were married in St. Mary's Church and had the reception at the Mark Twain Hotel. Gardenias and Irish blessings abounded. Mary Ann and Eldon raised their four children with the firm assurance that home meant bountiful love. While raising her children, Mary Ann returned to Elmira College for her master's degree. When her youngest child entered Kindergarten, the Elmira School District hired her to teach Latin and English at Parley Coburn School. Students in Mrs. Kasper's classroom learned that greatness was latent in each of them and that education was the key to a meaningful life. Slacking off was not acceptable! Other educational roles Mary Ann held include Assistant Superintendent of Curriculum, Acting Principal at Parley Coburn and Director of Summer Federal Programs at Lagonegro School. In 1979, Mary Ann retired and began the second half of her extraordinary life. Mary Ann lived each day with gusto, curiosity, and purpose. A typical day began at 5:30 am with laps at the EFA pool, analysis of the Times and the Washington Post, bike riding and grandbaby pushing. She was a docent at the Arnot Art Museum and paused an extra few minutes in front of her favorite painting, Murillo's "The Infant Christ Sleeping." Mary Ann brought her educational expertise to the Elmira Heights School District by serving as a School Board Member and President. With retirement came travel adventures including eleven European tours. Eldon's death in 1992 rocked Mary Ann, but she would often remind her children of the line from the movie Shadowlands, "The pain now is part of the happiness then. That's the deal." She loved her friends at AAUW, Torch Club, Wednesday Morning Club and her book group. Other loves? Being near the ocean at Wildwood Crest and Keuka Lake with her children and grandchildren splashing and diving nearby; reading about World War II and the Greatest Generation. Not only was she the Family Matriarch, but Mary Ann was also legendary for her ability to pull from the magic hat of her expansive mind the most apt line from poems, novels, and movies. Behind a small smile and piercing gaze, Mary Ann loomed large, impressive, and indomitable as she faced the world on her terms… Mary Ann is survived by her four children: Kathryn Kasper Warner (Lyman), Margaret Kasper Reed (Arthur), John Kasper (Jan Markham), Bill Kasper, grandchildren: Mary Ann Holston (Pat), David Menges (Shannon Coleman), Sara Holden Smith (Brian), Maren Page (Jimmy), Mark Kasper, Daniel Menges (Jess Williams), George Kasper (Eleanor deGolian), Catherine Grace Kasper, Justin Reed (Kailea), Sasha Reed (Scott Swarthout); great grandchildren: Mara Menges, Cormac Holston, Olivia Holston, Lauren Holston, Hudson Reed, Kinsleigh Reed, Kathryn Smith, Kasper Williams, Elijah Kasper, and James Page and many nieces and nephews. She was predeceased by her husband Eldon, as well as her sister Theresa Calabrese, and brothers Edward Hogan and William Hogan and in-laws Monique Hogan, Joan Hogan and Donald Calabrese. The family would like to extend sincerest thanks to the residents and staff at Longview in Ithaca for adding wonderful late -life friendships and new learning opportunities. Those who would like to remember Mary Ann may consider a contribution to the Arnot Art Museum, 235 Lake Street, Elmira, NY. Family and Friends are invited to calling hours on Sunday, June 26th from 4:00 -7:00pm at McInerny Funeral Home, 502 West Water Street, Elmira, NY. They are also invited to a funeral service at McInerny Funeral Home on Monday, June 27th at 10:30am. Prayers of Committal for the family will immediately follow at St. Peter & Paul's Cemetery in Elmira. »(Do not delete this line. It does not print. Text that is to appear on web must be entered before this line)
To send flowers to the family or plant a tree in memory of Mary Ann Kasper, please visit Tribute Store
Sunday
26
June

Share Your Memory of
Mary Ann
Upload Your Memory View All Memories
Be the first to upload a memory!
Share A Memory
Send Flowers
Plant a Tree