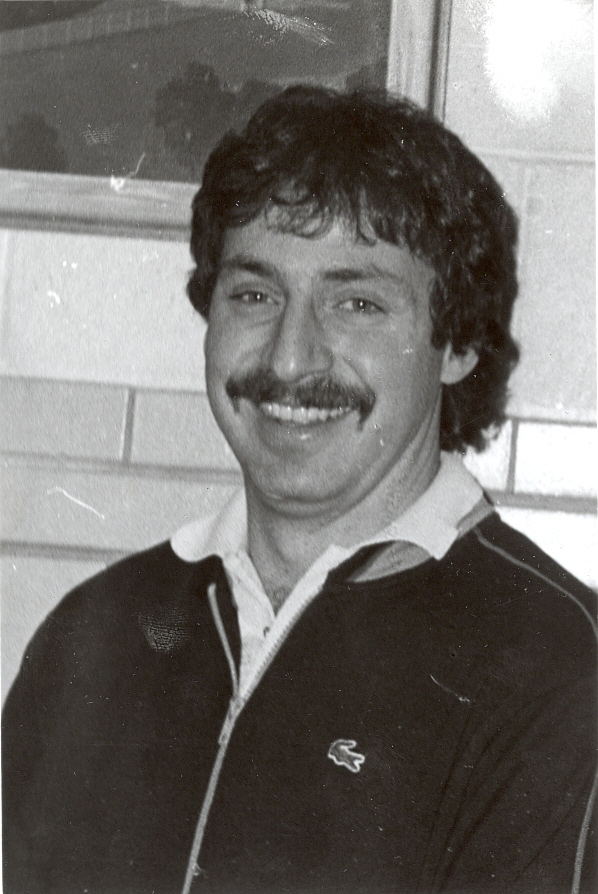 Please share a memory of Michael to include in a keepsake book for family and friends.
View Tribute Book
Michael G. D'Aloisio, legendary teacher, coach, and administrator at Notre Dame High School, passed away surrounded by his family at his home on May 22, 2022 from complications of Amyotrophic Lateral Sclerosis (ALS), commonly known as Lou Gehrig's disease, at the age of 71. He is survived by his loving and devoted wife of 33 years, Jayne (Tremaine) D'Aloisio, his sister Cindy Glynn and her husband Bill of Texas; brother Paul of Elmira; nephews, Joseph Bennett with his wife Jennell and Daniel Bennett with his wife Melanie; sisters-in-law and brothers-in-law, Carol Layton, Carl Tremaine, Bill Tremaine, Tom and Patricia Tremaine, Gery and Michelle Tremaine, Kevin and Suzie Tremaine, Sue and Pat Freeland, Margie Tremaine, Bob and Christine Tremaine, Bridgette Tremaine, Amy and Lance Lacorazza, Brian Tremaine and Lizzy Tremaine; his canine companion, Topper, as well as numerous nieces, nephews and cousins. Mike was predeceased by his parents, Michael V. and Josephine (Brenzo) D'Aloisio; father-in-law and mother-in-law Robert and Mary Lou (Sutton) Tremaine; sisters-in-law Barbara Tremaine, Mary Tremaine; brother-in-law John Layton; and special friend, Joel Stephens. A life-long resident of Elmira, Mike was born on January 15, 1951. He was an exceptional athlete at Elmira Free Academy and later at SUNY Cortland. He began his coaching career at Notre Dame High School in 1976. In the years that followed, Mike became the winningest football coach in Elmira history, capturing numerous divisional titles and sectional championships, and other accolades along the way. He also was a highly successful coach in men's and women's basketball, golf, and tennis. Mike is a member of the Chemung County Hall of Fame. He reluctantly retired from coaching in 2019 as his illness progressed. More important to him than the wins and losses were the countless lives that he touched during his distinguished career. Coaching was always about more than sports. He taught his players to be humble in victory and gracious in defeat. The life lessons Mike imparted were much more important than any lessons on the field or on the court. He wanted his players to be good people and to care for others, and he accomplished this goal by his own example. Mike was the author of 5 C Hero: The Joel Stephens Story, the inspirational account of a gifted athlete who tragically died at the age of 22 whose legacy lives on. In D'Aloisio's view, the 5 Cs that made Joel such a unique individual were: Christianity, Courage, Character, Compassion, and Commitment. These qualities were evident in Joel both on and off the field. Like Joel, Mike faced a terminal illness with grace and dignity. He was in the process of writing a second book about Joel's continuing influence on others at the time of his death. Mike, also fondly known throughout the Twin Tiers as Coach D, was a man of deep faith. He loved God, his family, and his friends. He wanted to make a difference in the lives of others, and he succeeded in ways too numerous to mention. He was also a man of simple pleasures. Mike loved listening to country music, taking trips to the casino, going for a ride with his wife and their dog, telling stories, laughing, and eating. Although he rubbed elbows with many famous people, he treated everyone with the greatest respect and made all whom he encountered feel special. In reflecting on the death of Joel Stephens in his book, Mike wrote, "There was a solace in knowing that he was finally pain free. More importantly, we realized how lucky we had been to know Joel, and how fortunate we were to have been touched by his love." Those words apply so fittingly to Mike himself. A Mass celebrating Mike's life will be held at the Charles and Mary Crossed Auditorium at Notre Dame High School on Wednesday, June 1, 2022 at 12:00 noon. A livestream of the Mass will be available through the following You Tube link..…tinyurl.com/22bdmh9u. Private burial will take place at St. Peter and Paul's Cemetery. In lieu of flowers, those wishing may remember Mike with a donation to Notre Dame High School, 1400 Maple Ave., Elmira NY 14904 or the Josh Palmer Fund, P.O. Box 3223, Elmira NY 14905. The D'Aloisio family would like to extend their sincere thanks to Dr. Carl Charnetski, Dr. Brian Cassetta, CareFirst, and the Corning Guthrie ER and ICU team.
To send flowers to the family or plant a tree in memory of Michael D'Aloisio, please visit Tribute Store
Wednesday
1
June

Share Your Memory of
Michael
Upload Your Memory View All Memories
Be the first to upload a memory!
Share A Memory
Send Flowers
Plant a Tree