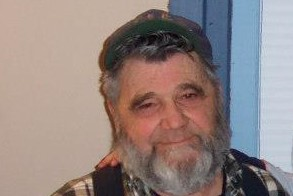 Please share a memory of Louis to include in a keepsake book for family and friends.
View Tribute Book
Age 87, Louis, of Bath NY, passed away April 2, 2022, at Arnot Ogden Medical Center, Elmira, NY with his family by his side. Son of the late Louis & Sadie (Shabarack) Kubisky, he was born in Paterson, NJ. He was predeceased by his wife of 52 years, Kathleen (Cybulski) Kubisky, younger brother Richard Kubisky, sister-in-law Joan, eldest son Ralph Kubisky and sister-in-law MaryAnn Siedel. He leaves behind his surviving children, Lisa Romer of Bath, NY, LuAnn & husband Lewis Storms of Albemarle, NC, Laurie & Douglas Kata of Leesburg VA, SadieLynn & husband Jerry Dodd of Spring Glen, NY, Louis & wife Maggie Kubisky of Beavers Dam, NY, Charles & wife Kelly Scally of Wallkill, NY and Christine Raymond of Port Jervis, NY, He also leaves behind his brother-in-law, Charles Scally; 13 grandchildren, Adam Kubisky, Katherine & husband Willis Dailey, Daniel Romer, Joseph & wife Elysha Romer, Heather & husband Frank Paris III, Jessica Kata & fiancé Matthew Stasik, Robert & wife Sarah Gailie, Emily & husband Mike Sarno, Dylan Dodd, Skylar Kubisky, Cj Scally, Hannah Scally, Justin Scally, William Raymond and Brooke Raymond; nephews, Richard Kubisky, Jimmy Kubisky & family, Rick Siedel & family, Randy Siedel & Russell Siedel, several great nieces and nephews, and 16 great grandchildren. Louis grew up at 330 Hobart Ave. in Haledon, NJ. He left school to work with his father at his produce stand where he first laid eyes on the love of his life, Kathleen. He joined the Army in 1958 and worked in the motorcade, he was stationed in Germany and was honorably discharged in 1960. After his service he became a bail bondsman, he co-owned & operated a bar, co-owned several apartment buildings, worked for CYO Camp, Cooper Laboratories, and finally Wakefern, as a selector, from where he retired. He also did "Ponies for Parties", supplied the ponies and ran the pony rides at Pennings Orchard, Warwick, NY and helped out his daughter's restaurant "The Speckled Hen" of Prattsburg, NY. He was a dedicated family man. Everything he did was always for the benefit of those he loved. He always said, "my children will want for nothing". He took care of not only his family but many many others as well throughout his life and never asked for anything in return. As per his request there will be no funeral services.
To plant a beautiful memorial tree in memory of Louis Kubisky, please visit our Tree Store

Share Your Memory of
Louis
Upload Your Memory View All Memories
Be the first to upload a memory!
Share A Memory
Plant a Tree