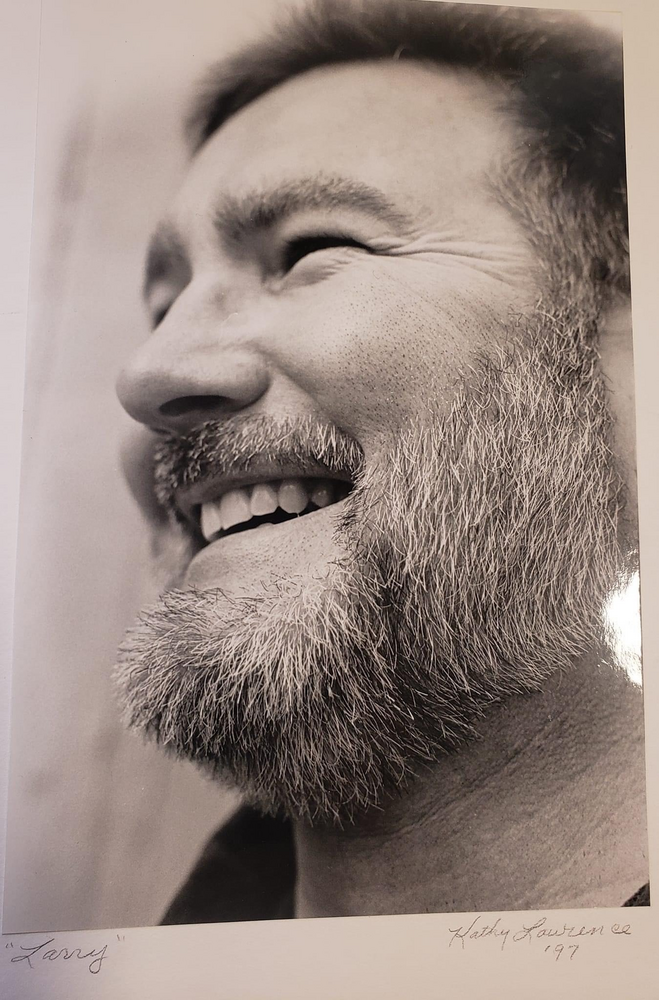 Please share a memory of Larry to include in a keepsake book for family and friends.
View Tribute Book
Larry Lee Lawrence frequently left social gatherings without announcing his departure. This is known as an “Irish goodbye;” when it’s time, you just go. On November 17, 2021, Larry peacefully performed his final Irish goodbye at the age of 69. He was surrounded by loved ones. He is survived by his devoted spouse and soulmate, Kathleen Ann O’Herron Lawrence; his two daughters, Leeann Kathleen O’Herron Lawrence and Caitlin Dawn O’Herron Lawrence (Emily Smith); his father, Frederick Rising Lawrence, and beloved brother, Fred (Bud) and Lori Lawrence and beloved cousin, Michael (Cathy) Peterson, who all loved him fiercely. In-laws: Daniel (Connie) O’Herron, Mark (Karna) O’Herron, John (Diane) O’Herron, Mary (Michael) McFarland,Girolama (Chuck) Reed, and Elizabeth (Scott) Tolbert; Lindy the family dog, extended family, and many dear friends including Harvie and Lin Loomis. He was overwhelmingly “thankful and grateful” for all. He joins his mother, Anna Pauline Sullivan Lawrence on the other side. Larry sought knowledge as a life-long learner. He graduated from Horseheads High School (class of 1970) and earned a BA in History (Geneseo), MS in Urban Sociology (SUNY Binghamton), MBA (SUNY Binghamton), School Administration Certificate (SUNY Cortland). He voraciously read books ranging from history, philosophy and science, to spirituality, mysteries and medicine. He was a brilliant man with a thirst for concise language and lively conversation - a worthy adversary for those seeking a healthy debate or a life-changing philosophical dialogue. Larry was a successful School Business Official in various school districts. He was a true professional: knowledgeable, efficient, firm and fair. One of his proudest accomplishments was lobbying for and overseeing renovations for the girls softball field in Elmira Heights School District. He and Kathy retired in 2011, and have since been in an ongoing, wonderful second honeymoon full of love, self-discovery, travel, and good times. He often said that he was “following Kathy's lead,” trusting that she would undoubtedly take him wherever he was meant to go. Larry lived each day with humble generosity. He anonymously picked up the bill for families at restaurant tables, bought golf clubs for everyone, and drove to Arizona to help his cousin move to New York. He saw his ideas through, because it was the right thing to do. He cherished yearly golf trips with his best friends: brother Bud, cousin Mike Peterson, and David Warner. He thrived in the fellowship of the Mini Tour at Soaring Eagles. If he wasn’t playing golf, he was “watching golf on television.” At his request, there will be no calling hours. A celebration will be held at the Hibernian Center on Sat. November 20, 2021, from 2:00 p.m. to 8:00 p.m. To honor Larry’s fierce generosity, please consider making a donation to Alzheimer’s research, education, women's rights, lgbtq+ rights, golf, or pick up the restaurant bill for a family. Larry, you will be forever missed.

Share Your Memory of
Larry
Upload Your Memory View All Memories
Be the first to upload a memory!
Share A Memory