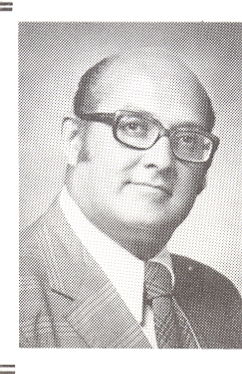 Please share a memory of Henry to include in a keepsake book for family and friends.
View Tribute Book
Age 86, passed away peacefully on Thursday, July 1, 2021, with his family by his side. Henry was born and raised in Elmira NY, he was the son of Henry Edward and Carolyn (Day) Hughes. In addition to his parents, he is predeceased by his beloved aunt Evva Day Dorsett. Henry is survived by his wife Catherine Wigsten Hughes with whom he would have celebrated 66 years of marriage in August; children Timothy J. Hughes (Diane Volz) and his daughter Margette Taylor; John Henry Hughes (Tammie Foster) and his children John Henry Hughes II and Catherine Magers; Daniel E Hughes (Lisa) and their children Kevin and Kyle; Cathleen M Qualey (Martin) and their daughter Emma; William T Hughes; Stephen M Hughes (Linda) and their children Stephen M. II, Morgan and Natalie; Patrick J Hughes; Ellen M Topping (David) and their children Abigail, Sarah and Brian; ten beloved great-grandchildren; along with many nieces and nephews. In addition, brother and sister-in-law Richard D. and Catherine Hughes and brother-in-law Joseph W. Baker. Henry was a 1952 graduate of Southside High School. After graduation he enlisted in the U S Marines, serving his country during the Korean War. After his military service he returned to Elmira to begin his married life with Catherine. After six years of marriage and five children he obtained his Master's Degree from Mansfield University. Henry was employed with the Elmira City School District for 30 years, retiring in 1990. He loved his community and sought out ways to serve throughout his life. Henry served as an Elmira City Councilman from 1970 – 1977, then served for several years on the Elmira Housing Authority Board. Henry's knowledge, insight and advice were sought out by many. He was proud of all his students; readily available to offer guidance and assistance to those who reached out to him; some whom he remained close with throughout the years. Most importantly, Henry adored his wife, as she was the light of his life. A loving and devoted father and friend he was always there for those he loved until his final day. Henry will be eternally missed by family and friends. Friends are invited to Henry's service at Woodlawn National Cemetery on Thursday, July 8, 2021 at 11:00 a.m. At this time military honors will be accorded and committal prayers said. Due to limited parking at the cemetery, those attending are asked to park outside the cemetery on Davis Street. Access to the cemetery for the service will start at 10:45 a.m. Those wishing may remember Henry with a donation to Second Place East Homeless Shelter, c/o Catholic Charities of Chemung & Schuyler Counties, 215 E. Church Street, Elmira NY 14901.
To send flowers to the family or plant a tree in memory of Henry Hughes, please visit Tribute Store
Thursday
8
July

Share Your Memory of
Henry
Upload Your Memory View All Memories
Be the first to upload a memory!
Share A Memory
Send Flowers
Plant a Tree