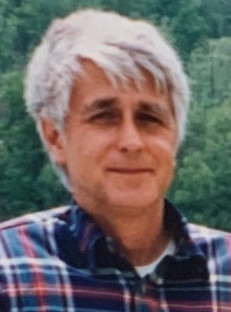 Please share a memory of Ronald to include in a keepsake book for family and friends.
View Tribute Book
age 80, of Elmira, NY passed away peacefully on Sunday, June 27, 2021, at the Robert Packer Hospital, surrounded by his loving family. He was the first baby born in Lycoming Co. PA on January 1, 1941 to the late George L. and Evalene E. (Houseknecht) Van Dine. Ron grew up on a dairy farm in Jordan Township in Unityville, PA where he developed his work ethic at an early age. He attended Hughesville High School where he wrestled and was a 1958 graduate. After high school Ron attended Williamsport Technical Institute and, after graduating, went to work in King of Prussia, PA. In the mid 60's Ron moved to Elmira to take a job as a manufacturing engineer at the Bendix Corporation (later becoming Facet-Purolator). He had a successful career there for 36 years. Ron enjoyed hunting, fishing, working in the yard, visiting with his neighbors, and working on his many projects. He was dubbed "Mr. Fix it" because of his ability to repair/fix anything. Ron adored his family and the many dogs he had over the years. Ron was blessed to have his son, daughter-in-law, and grandchildren, Taylor and Jack, live across the street from him where he could keep a close eye on them and watch his grandkids grow up. In addition to his parents, Ron is predeceased by his brother-in-law, Roger Rohe. Ron is survived by his loving wife of 47 years Barbara Townsend Van Dine and their dog, Dunkin, of Elmira, NY, son and daughter-in-law Daniel and Michelle Van Dine, of Elmira, with their children, Taylor and Jack Van Dine; sister, Shirley Rohe of Foster City, CA, brother and sister-in-law, Lynn and Laura Van Dine of Muncy, PA, sister-in-law, Peg Townsend of Buffalo, NY, sister and brother-in-law, Jean and John Brezinsky of Batavia, NY, nieces and nephews, Kate (Sam) Hixon of Lancaster, NY, Tim Brezinsky of Bradenton, FL, and Jeff Brezinsky of Batavia, NY. At Ron's request there will be no services. Any donations can be made to the Chemung County SPCA, 2435 County Route 352, Elmira NY 14903, or the charity of your choice in Ron's name.
To plant a beautiful memorial tree in memory of Ronald Van Dine, please visit our Tree Store

Share Your Memory of
Ronald
Upload Your Memory View All Memories
Be the first to upload a memory!
Share A Memory
Plant a Tree