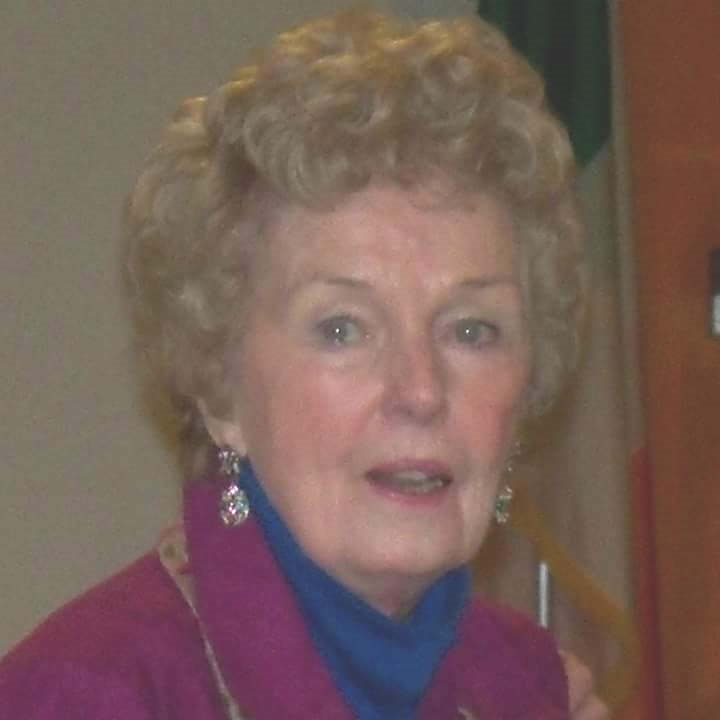 Please share a memory of Mary to include in a keepsake book for family and friends.
View Tribute Book
Mary T. (Hughes) Kennedy, 98, joined her loving husband, Bernie, in heaven on Tuesday, June 15, 2021, at her home surrounded by loving family. Mary was born on January 29, 1923, in Elmira, to Edward F. and Alice (Aldous) Hughes. She is predeceased by her husband Bernard "Bernie" T. Kennedy and her siblings, James "Stub" (Dorothy) Hughes, Margaret (Fred) Brooker, Henry (Irene) Hughes, Robert (Ann) Hughes, Francis (Mary) Hughes, John "Jackie" Hughes, Alice Rita (Carl) Johnson, Edward (Dorothy) Hughes, and Sister Elizabeth Hughes, RSM. Mary is survived by her children (with their spouses) Ann (John) McCarthy, Mary Alice (William) Nicholson, Karen Smith, Beverly (Christopher Barton) Kennedy, Bernadette Kennedy, Dolores Kennedy, Paul Kennedy, B. Robert (Jane) Kennedy, Joan (Dennis Kocsis) Kennedy, and Elizabeth (Miki) Kennedy. She is predeceased by her daughter Kathleen (Lyle) Schnell and her son-in-law, Charles E. Smith. Mary has 28 grandchildren and 17 great-grandchildren. Mary was a child of the depression era. After graduating from Elmira Catholic High School she worked at Bridge Works in Elmira Heights, NY and became an avid Yankee fan early on. We heard many stories of her adventurous spirit – hitchhiking to NY City with her best friend and future sister-in-law, agreeing to an airplane ride in a 2-seater plane, canoeing on the lake when she had no idea how to paddle. She met her husband, as a young woman, after finally agreeing to a blind date. Her aunt got a call from his aunt saying "that Kennedy boy is a good guy. It's ok to go on a date with him". They wanted to be married two weeks after that first date, but had to wait until the Lenten season had passed. They were married on April 14, 1945 and had many devoted years together. Mary volunteered for over 40 years in the Pastoral Care office at St. Joseph's Hospital, for hospice and patterned with a local family in Horseheads. She became an avid jogger and cross-country skier. All this while raising her 11 children. But most important to her was a devotion to St. Joseph the Worker. Whenever anyone needed help finding a new job or finding success in a new position, our mom was 'on it' with astonishing results. Mary was a communicant of St. Mary Our Mother Church in Horseheads. Her Mass of Christian Burial will be held at her childhood church, St. Patrick's Church, Elmira. Her family will always remember her independent spirit and loving generosity. Family and friends are invited to McInerny Funeral Home, 502 W. Water Street, Elmira, on Friday, June 18, 2021, from 5:00 p.m. to 7:00 p.m. A Mass of Christian Burial will be held for Mary on Saturday, June 19, 2021, 11:00 a.m., St. Patrick's Church, Elmira. A livestream of the Mass will be available through the Facebook page for Most Holy Name of Jesus Parish (https://www.facebook.com/ElmiraCatholic). Interment, with committal prayers will follow at St. Mary Our Mother Cemetery, Horseheads. Masks are required at both the funeral home and the church. In lieu of flowers, a donation to the ARC of Chemung, 711 Sullivan Street, Elmira NY 14901, may be made in her name.....HTTPS://arcofcs.org/donate
To send flowers to the family or plant a tree in memory of Mary Kennedy, please visit Tribute Store
Friday
18
June

Share Your Memory of
Mary
Upload Your Memory View All Memories
Be the first to upload a memory!
Share A Memory
Send Flowers
Plant a Tree