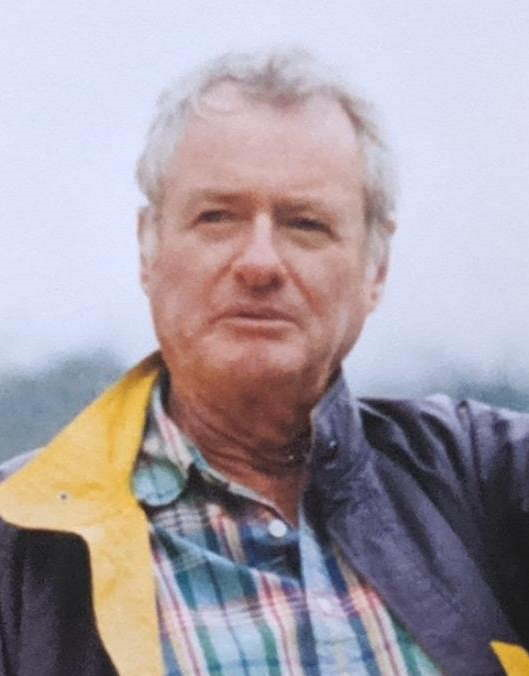 Age 90, passed away peacefully surrounded by family on December 17, 2020. Bill was the husband of Frances (Dickinson) and father of Katharine (Robert), James (Karen), Patrick (Betsy), Margaret (Steve), and Molly. He was the son of Margaret (Crow) and James W. Morrisey. Bill grew up in Rochester, New York, and graduated from Ohio University, where he met Frances. They lived and raised their family in Elmira, New York, where he was the co-owner of Henbest & Morrisey Insurance Company until his retirement in the mid-1980s. Bill had a passion for adventure. In his earlier years he was an avid hunter and fisherman. He and his dog Duchess often hunted grouse and rabbits in the hills surrounding Elmira, and deer in the Adirondacks. Bill and Frances spent many vacations deep sea fishing off of Key West. Bill earned his private pilot license and flew the family to vacation spots throughout the East Coast and the Bahamas. He took pride in finding great locations that had not yet been "discovered". Bill and Frances traveled to many destinations in Africa, Asia, Europe, and Central and South America. Africa was their favorite. Later in life, they traveled throughout North America and on numerous river cruises. A few years ago they visited a river in Alaska to watch grizzly bears catch their meals. When Bill was not traveling he would spend as much time as possible on the golf course. He had an unusual golf swing but somehow managed to win more often than not. To extend his golf season, he and Frances spent the past 15 winters in Tubac, Arizona. There they made many very good friends and greatly enjoyed their time in the desert, especially hiking and golfing. Bill's passion for adventure lasted throughout his lifetime. It has been an example to his children, eleven grandchildren, and seven great-grandchildren, many of whom have inherited his spirit. Dad/Grandpa will be greatly missed. Due to COVID-19, there will be no calling hours or service. The family will have a Celebration of Life when it is safe to gather again. In the meantime, please raise a glass to Bill for a life well lived.
To plant a tree in memory of James Morrisey, Jr., please visit Tribute Store

Share Your Memory of
James
Upload Your Memory View All Memories
Be the first to upload a memory!
Share A Memory
Plant a Tree