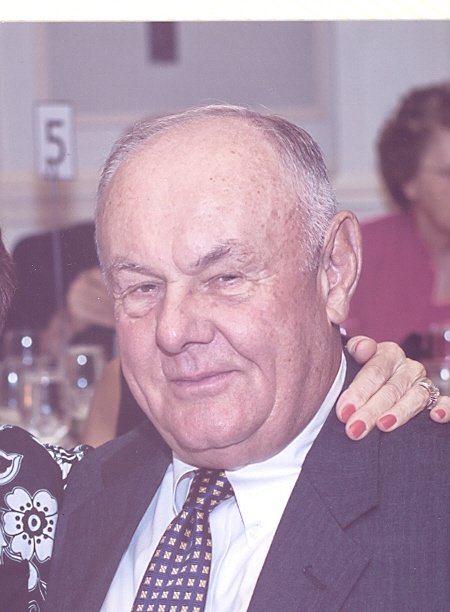 Age 87, passed away at his home in Elmira on Tuesday, November 26, 2019, surrounded by his loving family. Bob is predeceased by his parents, Sherman and Bernice Barnes Butler, daughter Kimberly Dodge, and sister-in-law Joan Melanson Dollarhide. He is survived by his wife of 48 years, Judith Melanson Butler, son Robert Bruce Butler (Cheryl), daughters, Laura Hart (John), Susan Pellor (Doug), step-son E. Robert Brown, step-daughter, Linda Brown, son-in-law, William Dodge, brother-in-law, Major Corneil Dollarhide; along with several grandchildren and great grandchildren. Bob was born in Elmira. He graduated from Hendy Avenue School, The Manlius School, and Lehigh University, class of 1954, where he was a member of Psi Upsilon Fraternity. Bob owned and operated Deister & Butler Jewelers, in Elmira, and was a past Vice President of The NYS Jewelers Association. He was also a past commander of St. Omar's Commandry #19, Knights Templar, State of NY, and for many years was the Chairman of the Board of Elmira Savings & Loan Association. Bob owned and operated three John Deere dealerships located in Elmira, Montour Falls and Ithaca NY. He also owned and operated Hendy Hollow Farms, where he raised registered angus beef cattle, having the champion bull at the Cornell University Bull test sale. During his youth Bob spent summers at Keuka Lake where he enjoyed sailing and racing at the Keuka Yacht Club. He was also a long time member of both the Elmira City Club and the Elmira Country Club, where he was an avid golfer. At Bob's request there will be no calling hours. Services will be held at the convenience of the family. In lieu of flowers, those wishing to remember Bob may do so with a donation to either, Chemung County Meals On Wheels, 409 William Street, Elmira NY 14901, or CareFirst, 3805 Meads Creek Road, Painted Post NY 14870-9509, or to a charity of one's choice.

To plant a tree in memory of Robert Butler, please visit Tribute Store

Share Your Memory of
Robert
Upload Your Memory View All Memories
Be the first to upload a memory!
Share A Memory
Plant a Tree