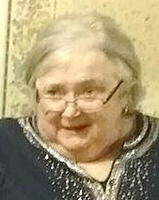 Mary (Ohi) Hungerford, who was born in Germany on March 7, 1946 at an Estonian refugee camp, died on January 10, 2023. She came to Detroit with her family at age five, starting school knowing only two words of English: hi and bye. She succeeded in school, graduating from Wayne State University with a PhD in Sociology. She taught Sociology to UAW workers in Detroit, was Executive Director at Protestant Community Services in Rockford, IL and served as Executive Director of Meals on Wheels in Elmira. Mary taught Sociology to many at Corning Community College. In Elmira she was Board President at the Economic Opportunity Program (EOP), President of the local chapter of The League of Women Voters, The Chemung Council of Women, and The Elmira-Corning Chapter of the Association of University Women. She is a life member of the NAACP. Mary was a caring, conscientious wife and mother, devoted to family and community. She is survived by her husband, William, of 57 years; her three daughters, Phoebe (Bill) Davis, Audrey (Todd) Anderson, Ingrid Hungerford (Henry Ferguson); sister Tiia Rettig (Mart Mannik); and by five grandchildren – Victoria Davis, Mazy Davis, Megan Anderson, Billy Anderson, and Dmitry Hungerford. Mary's family thanks her caregivers at Elcor for their compassionate care. There will be a memorial service for Mary, followed by a reception, on Monday, January 30, 2023 at 11:00 a.m. at The Park Church. The family requests no flowers. Gifts in Mary's memory to EOP, Meals on Wheels, or The Park Church would be welcome.