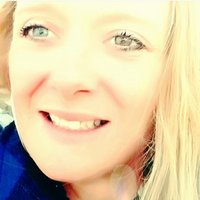 Elmira Heights Age 39 passed away unexpectedly on Sunday, August 28, 2022. Stephanie is the daughter of Walter and Mary Landon Melville of Elmira Heights. In addition to her parents, she is survived by her daughter Dylan; sister and brother-in-law Amy and Matt McNeely of Horseheads with their son Connor; brother and sister-in-law Alex and Christine Melville of Horseheads with their children Anthony, Lucas and Amelia Melville; also many aunts, uncles and cousins. Stephanie is predeceased by her maternal grandparents Robert and Rita Landon; paternal grandparents Walter C. and Marjorie Melville; aunts Eileen Landon and Florence Van Epps; uncle Thomas Landon; and her beloved dog Rudy. Stephanie was a 2002 graduate of Thomas A. Edison High School. She was very athletic and especially enjoyed swimming and gymnastics. Private graveside services will be held. A Celebration of Life will be held at a later date to be announced. Stephanie was a free spirit. Family and friends were the world to her, especially her daughter. She will be forever in their hearts.