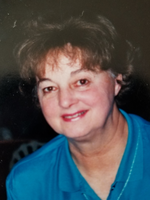 Another beautiful soul, Martha T. Olmstead, passed away peacefully at home on May 13, 2021. After a whirlwind courtship she married Dr. Charles Brent Olmstead in 1954. They lived a committed life together until Brent’s passing in January 2021. They are joined in spirit once again. Martha is survived by her daughters, Anne Olmstead Lonam (John) of Burke, VA, Amy Olmstead Brown (Stephen) of Arlington, Texas, grandson, Matthew Brent Lonam of Burke, VA and several nieces and nephews. She was predeceased by her parents, Ruth F. Teeter and Lowell Teeter, and brothers Jon and David Teeter, all of whom were lifelong Elmira area residents. Martha was born and raised in Elmira. After graduating from Southside High School, she attended university in Mexico City for a year where she became fluent in Spanish. Upon returning to Elmira, she attended Elmira College and completed her post-secondary education at the Cornell School of Nursing in New York City. It was while she was a nurse at New York’s Bellevue Hospital that Brent came into her life. Upon completion of Brent’s medical training at various locales, they returned to Elmira to establish a home and raise a family. She served as Brent’s nurse for the first several years of his dermatology practice. While raising her daughters she also worked as a school nurse from time to time. Martha’s zest for learning and self-enlightenment didn’t cease upon graduation. Throughout her life she pursued interests in language, having studied Italian, Chinese, becoming proficient in reading and writing Braille and keeping up with her Spanish. She was a voracious reader of many subjects, loved attending lectures, seminars, taking courses, visiting museums. Her thirst for knowledge and a creative spirit led her to pursue many hobbies, including collecting and researching antiques, refinishing furniture, caning chairs, needlework and more. She created hooked rugs from scratch, subjecting her daughters to the tedium of hand dying the wool and cutting tiny strips of material! Her rugs were a work of art. Martha’s interest in glass spurred her to become a docent at the Corning Glass Museum for many years. She cherished her weekly visits to the museum and the opportunity to share her knowledge of glass with the public as well as to learn from the museum curators. Martha and her husband travelled extensively in the States and abroad. She loved experiencing different cultures and cuisines, the history and art of a place; meeting people. They particularly enjoyed Elder Hostel trips and the opportunity to learn from experts in various fields. In recent years, as age and circumstances limited travel, a frequent pastime was cruising the internet for interesting places to visit. She never stopped dreaming about new adventures. Perhaps her most cherished place to spend time was at Keuka Lake, where she and Brent owned a farm property for 45 years. Martha and family adored the year-round place, planting gardens, hiking Wagners Glen, bird watching, biking, water sports, entertaining friends – always relishing the beauty and tranquility of their natural surroundings. For 15 of those 45 years Martha operated a bed and breakfast business at the home. Guests from near and far visited “The Four Seasons” and were treated to an abundance of homemade goodies from Martha’s garden, party boat rides on Keuka Lake which often included a sampling of local wines, and a running narrative of all the wonderful things to do in the Finger Lakes. Her entrepreneurial endeavors at Keuka Lake also included operating a seasonal coffee shop at the former Gibson’s Landing Motel with her daughters during their college years. The coffee shop was a huge local success and a perfect forum for Martha to instill in her daughters an entrepreneurial spirit and mentor the financial and other responsibilities inherent in running a small business. Like her husband, she was a huge supporter of the performing arts. A favorite indulgence was to attend the Shaw Festival held annually at Niagara-on-the-Lake, Canada, where she and Brent would take in 5 to 6 plays in a weekend! She was a regular attendee at, and ardent supporter of the Clemens Center. During her last years Martha was surrounded by an exceptional group of women who cared for her, as well as for Brent before his passing. We are forever grateful for their love and compassion and consider them a part of our family. A memorial and committal service is anticipated for late summer or early fall. In lieu of flowers, kindly consider a donation to the Clemens Center, 207 Clemens Center Parkway, Elmira NY 14901, The Finger Lakes Land Trust, 202 E. Court Street, Ithaca NY 14850, or the Chemung County Humane Society, 2435 State Route 352, Elmira NY 14903. Peace be with Martha and all who loved her.